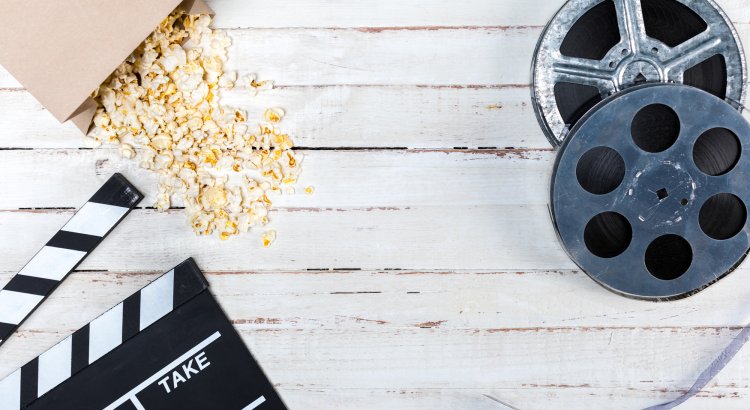 Poker movies just don’t get it right most of the time. Poker is a fascinating game filled with great real life characters. Doyle Brunson, Stu Unger, Phil Hellmuth, Phil Ivey, Scotty Nguyen and Daniel Negreanu to name just a few. What’s even more amazing is that most small stakes poker rooms are filled with more of the same. Complex, interesting characters that can’t possibly be real. Only they are.

Despite such a rich landscape, there are precious few good poker movies.  Sports like boxing, basketball, and baseball have produced a stunning number of good films. But poker seems to be resistant to the movie genre. There may be more good chess films than quality poker movies.  There are a few nuggets out there, and we hope the recent release of Molly’s Game brings renewed interest, but it won’t take you very long to work your way through the entire poker oevre.  We think these five movies are the best out there. And we’ll be watching and re-watching them until we can live our own poker travel dream.

5. Big Hand for a Little Lady

Big Hand for a Little Lady portrays the Western archetypal spin on poker with a side of comedy.  The iconic American journey of a couple and their son moving west to buy a farm (of course) near San Antonio is interrupted by a poker game in Laredo (where else?).  Meredith (Henry Fonda) is a recovering gambling addict who wanders into a, you guessed it, saloon. He extracts permission from virtuous wife Mary (Joanne Woodward) to watch a high stakes poker game. You can probably guess where it goes from there.  Meredith enters the game, ends up putting the entire family fortune at risk. Then there is a big hand….and the “little lady” takes over when Meredith suffers a sudden attack.

Every Hollywood trope is hauled out for this one. But it is an unapologetic old school comedy that leans on the likability of its two stars. Get into that frame of mind and it’s good silly fun. The twists from a modern perspective may seem fairly obvious. But if you can put yourself in “old-time” movie goer mode, you will enjoy the flourishes.

Poker Reality Grade: C. Poker nuance is not the point of this movie, so reality is pretty much an afterthought. The climatic hand lacks credibility on a number of dimensions, but the movie is fun and enjoyable despite the poetic license taken by the writers.

Where You Can Find It: Not currently playing on any of the streaming services. However, you can buy it on  DVD through Amazon. (Note: Amazon links are all affiliate links). 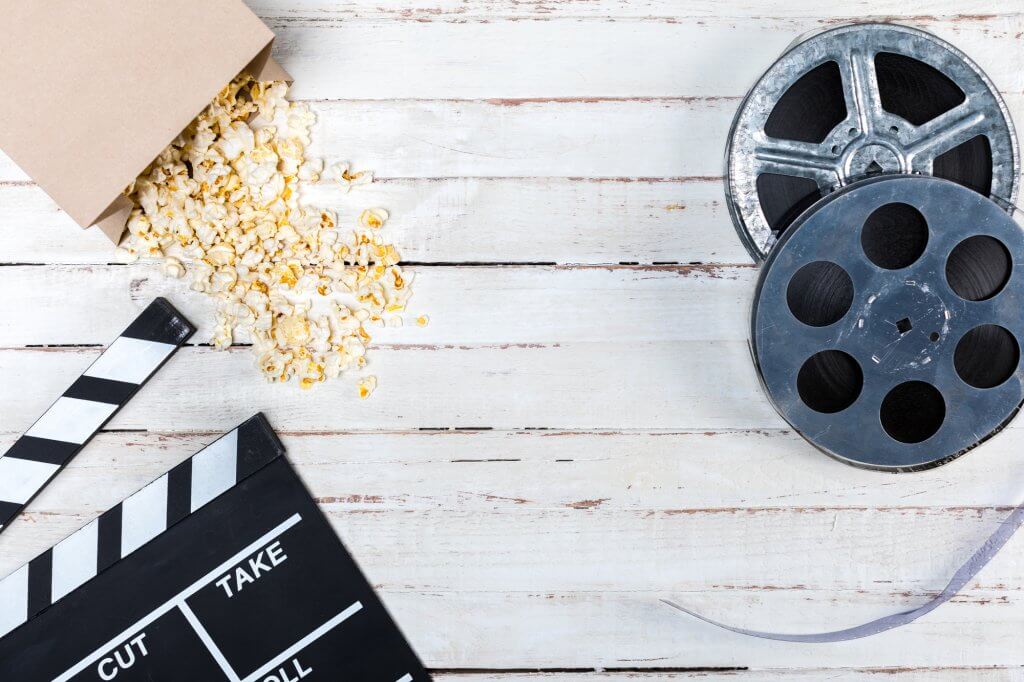 All In: The Poker Movie does not enter our Top 5  for cinematic quality.  Truthfully it’s a fairly pedestrian documentary and it has a clear agenda. Ken Burns is not rethinking his artistic vision after seeing this one. But it’s an earnest recount of the game’s history, particularly how and why poker had a burst of interest in the 2000s. There have been precious few poker documentaries attempted, so this one gets the prize, if only for the effort.

The commentary from an array of poker professionals and influencers (see Matt Damon and Rounders below), provides a roadmap of how poker become so popular in current culture. When you throw in Doris Kearns Goodwin you get instant credibility! And therein lies the problem. This movie is not only an overly romanticized look at poker’s place in our culture, it’s a political statement.

Online poker was effectively shut down nationally via a combination of 2006 legislation (the Unlawful Internet Gambling Enforcement Act [UIGEA]) and the Justice Department’s 2011 shut down of the three largest online poker sites. The crux of the matter is the answer to the question “Is playing poker luck or skill?” For most players, the honest answer seems clear: it is both.  All In advocates strongly for poker’s skill dimension (thus, it should not fall under the UIGEA). The creators saw what was coming and were trying to get ahead of it.

That said, if you stick with the poker history and culture pieces, this movie provides a nice condensed look at the game.

Poker Reality Grade: B+. It’s a documentary about poker so hard not to give it an A on that dimension. However, because it took such a strong angle on the game it loses reality points.

Where You Can Find It: Not currently playing on any of the streaming services. However, you can rent it on Amazon Prime Video.

More of a freelance improv experiment, The Grand nonetheless ranks as one of the better poker movies of all time. This despite the fact we’re not sure it even had a theatrical release.  The Grand is a small, insular film. Among these five poker movies, it is probably the one mostly attractive solely to those who play. Filled with comedians who actually play poker in real life – Ray Romano, Woody Harrelson, Cheryl Hines, Jason Alexander, Hank Azaria, and Gabe Kaplan – the movie reveals a keen understanding of a poker tournament in action. Then it adds the comedic pathology of a sister/brother/father poker playing family.

As you would expect in a largely improvised movie, great lines and truly funny moments are mixed with those that fall flat. But it’s all good fun, and the campy aspects allow enjoyment of the cameo festival the movie becomes. For poker fans, there are professional players sprinkled everywhere. For German cinephiles, there is the omnipresent Werner Herzog. We kid you not.

Poker Reality Grade: A. From reading the background of the film, it appears they may have actually played a real tournament during filming. It certainly felt like it. As we said, many of the actors play poker for live stakes on the side. That aspect helps give the film an air of authenticity.

Where You Can Find It: Not currently playing on any of the streaming services (starting to see a pattern? We poker players get no love). However, you can rent it on YouTube.

These are the 5 Best Poker Movies of all time.Click To Tweet

If anyone was born to depict a poker player it is the King of Cool, Steve McQueen. McQueen delivers a typically riveting cocky. but tormented performance in The Cincinnati Kid. Reminiscent of an even better film about games and gambling, The Hustler, McQueen wants to take on the best and beat him. While others want to con Edward G. Robinson’s big fish, McQueen’s Kid wants to beat him fair and square. Like Newman’s Fast Eddie Felson in The Hustler, the Kid has a self-destructive streak. That destructiveness envelops all around him, particularly women who enter his downward spiral.  This move is classic 1960s male machismo, with all the good and bad that comes with it.

What makes it one of the best poker movies of all time is the cast. McQueen and Ann Margaret provide the star power. The supporting cast is a hall of fame of character actors. Robinson, Karl Malden, Tuesday Weld, Rip Torn and Jack Weston provide nuance to the stars’ broader acting styles. All this is orchestrated by the A list director Norman Jewison and sprung from a script by the legendary Hollywood 10 member Ring Lardner Jr. There are a lot of layers of quality to this film.

Poker Reality Grade: B. Like many poker movies, the key scene involves a crazy “bad beat” (a hand when someone loses a very strong hand to a very unlikely stronger hand). Which, before we played a lot of poker, we thought was pure Hollywood. Having been through many bad beats, we now empathize with the Kid. The Cincinnati Kid also gets poker points for capturing the smoky backroom environment of an earlier culture.

Where You Can Find It: Not currently playing on any of the streaming services. However, you can purchase the DVD on Amazon Prime.

OK, totally unoriginal choice. We get it. But while not academy award material, Rounders is both entertaining and very well-made. It has also become embedded in the poker culture, highly quotable and memorable. The desire among poker film fanatics for Teddy KGB to be an actual person is palpable.

In many ways Rounders is reminiscent of The Cincinnati Kid. There is star power in the two leads Matt Damon and Gretchen Mol. The supporting cast of scene stealers gives Kid a run for its money. Finding a trio of more admired modern character actors than John Malkovich, John Turturro, and Edward Norton in a single film would be hard. And hovering over all is the avuncular, calming influence of Martin Landau.

The Rounders script gives the actors plenty to work with, especially Malkovich and Norton.  No one else in the world could have played Teddy KGB with the crazed charisma of Malkovich. Rewatching the film is challenging, only because you just want to skip to Malkovich’s scenes. Norton’s Worm is typical of many of his roles: a character with multiple dimensions all subtly integrated. Alternately charming, devious, compassionate, selfish and pathetic, Worm brings out a protective instinct in the viewer.

Poker Reality Grade: A-. Rounders gets the underground poker scene down well. In addition, the movie gives a glimpse of how poker pros like Johnny Chan become deities to young players. It also portrays well the allure of the game is to many, from street hustlers to aspiring law students. The poker world is full of former students who took a career u-turn after falling in love with the game.

Where You Can Find It: At the moment, you can watch Rounders on Starz and Hulu. If you do not subscribe to either service, you can rent it on Amazon Prime Video.

2 thoughts to “5 Best Poker Movies of All Time”