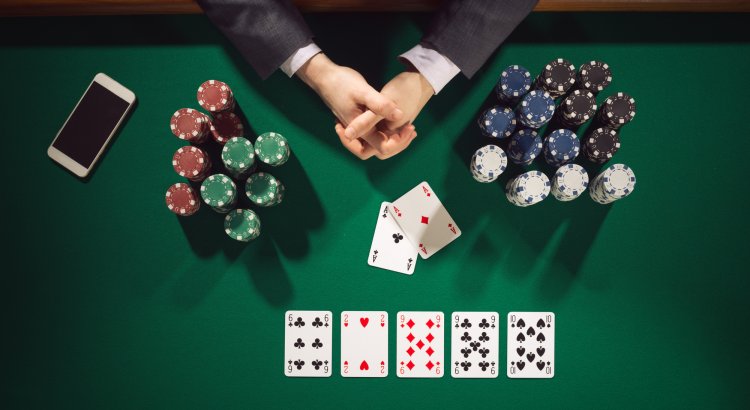 The vibrant New England poker scene offers a wide variety of options in a very small geographic footprint. In less than 4 hours you could drive from the room (with 6 or more tables) furthest north, Lebanon Poker Room, to the one furthest south, Foxwoods. The region’s largest city, Boston, sits dead center of the poker action.  Drive a little more than two hours north and you are at the Lebanon Poker Room, 90 minutes south to Foxwoods and Mohegan Sun, and then 90 minutes due west to the newest large casino venue, MGM Springfield. Three poker rooms in southern New Hampshire are within about an hour North of Boston as well. Additionally, Encore Boston Harbor reopened in February 2022, but with reduced hours and only 15 tables (down from 72 in 2019).

Deciding on Your Poker Room of Choice

In short, there are a lot of options for the New England poker player. So how does one decide where to play poker in New England? Some of it comes down to personal taste. You may just select your favorite rooms, as we did recently. But if you have specific criteria for your preferred game, there’s data available that can help guide your decision.

We have long had a decent idea which venues have the most active cash games, and which tournaments draw the largest fields. But, as data analysts by trade, we decided to take a more statistical approach to our investigation. During Fall 2021 we used PokerAtlas and Bravo Poker to track cash and tournament activity for all New England sites which provide live data. On weekdays, we collected numbers at 8pm each night for cash play, and tracked tournaments after the registration period closed. On weekends, we tracked cash both at 2pm and 8pm and the number of entries for all tournaments.

There are definite gaps in our data collection efforts used to determine where to play poker in New England. Most importantly, Foxwoods, one of the largest venues, does not report the number of entries for their daily tournaments.  So assessing Foxwoods’ tournament potential takes a bit of guesswork, relying on our own experience and reports from others who play there. The Lakes Region, Concord Casino, and Lebanon Poker Room do not report any data on Bravo or PokerAtlas. Again, we can cull some information from personal experience and other sources, but the data isn’t as objective.

Further, things are always changing in the New England poker scene. This is particularly true for poker tournaments. Many rooms tweak their structures. Some introduce entirely new tournaments and phase out ones that are not drawing well. 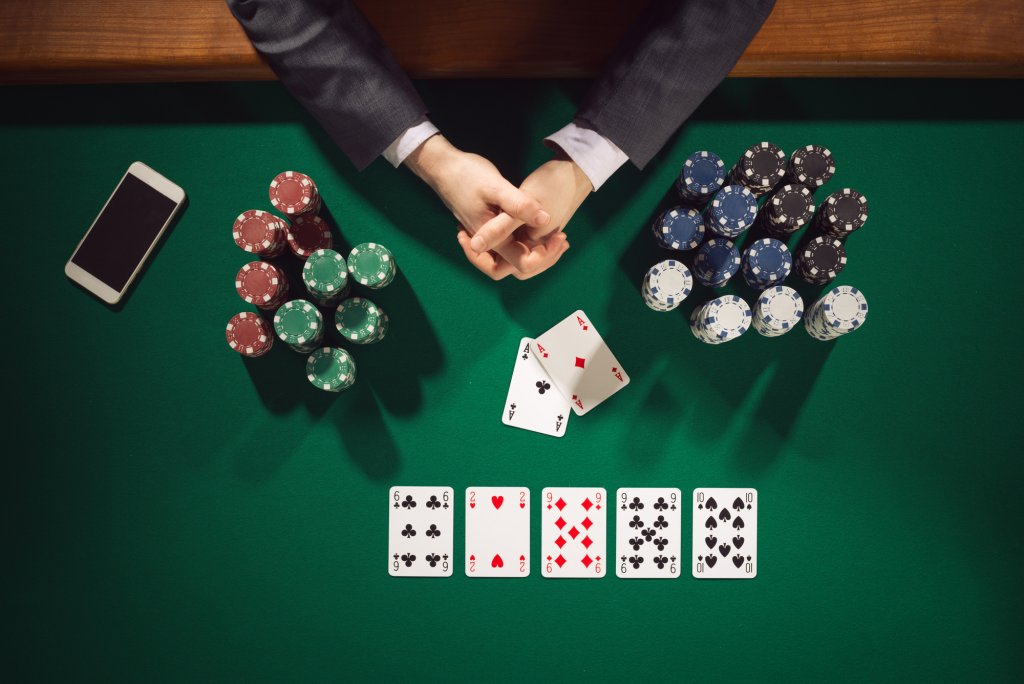 In tracking the stats, we learned a few general things. In the new era, any night is a poker night. While Wednesdays used to be a cash dead zone, they now see the same number of tables as any other weeknight. Cash tables increase by about 50% on Friday and Saturday compared to those found in the middle of the week. In the tournament realm, players across the New Hampshire venues will find that each room has specific cornerstone tournaments which draw large turnouts. Overall, it’s apparent that poker in New England is thriving in the new era. Many rooms have consistent, bustling cash and/or tournament play.

So Where Will I Find Poker In New England?

Below we have set out a number of scenarios to help those seeking a “good game” to find the poker sweet spots across New England.

In New England, there is a great equanimity in midweek $1/$2 cash games.

Imagine you have finished an early Thursday night dinner in Worcester MA. You are willing to drive a bit (60 to 75 minutes) for a reasonably active cash game. The world is your oyster.  There are at least 6 rooms across three states where you’ll likely find between 5 and 9 tables of $1/$2 no limit. Starting right in Boston, Encore Boston Harbor generally fills up their 15 tables. You can find 9 $1/$3 tables even on a Tuesday afternoon. Take the MassPike West, and an hour later you’ll be selecting from 6 to 8 tables at the MGM Springfield. Head due south into Connecticut and Foxwoods and Mohegan Sun await.  Or go northeast into New Hampshire to play at Boston Billiard Club in Nashua or Chasers in Salem. A bit farther takes you to The Brook on the New Hampshire seacoast, averaging about 5 tables of play. All of these rooms offer decent $1/$2 cash games on almost any day during the week.

Scenario 2: I Want a Reasonably Sized Tournament in the Middle of the Week

Weeknights do not offer the tournament volume that weekends do, and many options have gone away in the past two years. However, there are still a couple of nice options across New England if you have a free evening and are willing to take a drive.

Among the New Hampshire rooms, Tuesday and Thursday nights at Filotimo are hard to top. Not only do they typically draw 100 or more players, the $50/$50/$50 (entry/rebuy/add-on) format results in a large prize pool. The structure can drive some wild play, but if you can handle it, there are big potential rewards. There are smaller weekday tournaments at the Concord Casino and the Lakes Region Casino, but none rival the action you will find at Filotimo.

Foxwoods and Mohegan Sun have both significantly scaled back their tournament offerings. However, you can still play Wednesday morning or Thursday afternoons at Foxwoods and Monday morning or Tuesday afternoon at Mohegan Sun. While the primary focus of this article is on daily action, it’s always worth checking the Foxwoods page for specials. The specials, have not run recently, but we are sure they will eventually return.

In the before-times, games fell off considerably on Sunday. No longer. As mentioned previously, cash poker play remains strong across New England regardless of the day.

From New Hampshire through southern Connecticut, there is an incredible range of cash and tournament poker options throughout the week. Click To Tweet

Scenario 4: I Want a Medium to Large Weekend Tournament with Good Payouts

Most tournament players seek a large field with reasonable buy-ins and good payouts. This is the area that has seen the greatest loss over the past two years. Hampton Falls, previously the room with some of the best tournaments around, was absorbed by the Brook, which promptly decided to abandon tournament play.

Today your Friday choices in New Hampshire are less than inspiring. Closest to Boston you will find the Concord Casino which holds a 5:30pm tournament for $75 and a nice structure. However, it rarely draws more than a table or two of players. Dover poker room’s $140 tournament will net you two to three tables. Your best bet on Friday night may be the Lebanon Poker Room way up on the Vermont line. Their $50/$50/$50 tournament has been known to net over 60 players on a Friday night and build a healthy prize pool. Your other alternative on Friday is to travel down to Connecticut at 11am to play Mohegan’s $340 tournament. Admittedly, a bit rich for our blood.

On Saturday, Filotimo holds one of the best tournaments in New England. They have recently restructured this tournament, and it is frankly fabulous. On alternate Saturdays, the 1pm tournament has a $150 buy-in and 30 minute blind levels. The starting stack is 25k with another 10k for a $10 dealer add-on. This tournament can draw close to 200 players, resulting in healthy prize pools. The Saturdays where Filotimo does not offer the $150, they play the same structure for $240. Another excellent tournament if you are looking for a larger prize pool.

On Sunday, if you are willing to head a bit farther north, the Dover Poker Room currently runs a decent tournament as well. With a $90 buy in and 30 minute blind levels, the play is reasonable and the fields can be up to 80 players. Other than Dover, your best bets are to the South. Foxwoods and Mohegan Sun both offer pricier tournaments on Sunday, with decent structures and larger draws.

If you are looking for PLO in New Hampshire, you can often find a table or two at Chasers or the Boston Billiard Club. Otherwise, you are mainly looking at NLH in the Granite State.

So Where Should I Play Poker in New England?

Pretty much anywhere. After reviewing the data, it’s clear that you can’t go too wrong when looking to play poker in New England. From northern New Hampshire through southern Connecticut, there is an incredible range of cash and tournament options throughout the week. There is clearly an avid poker-playing population in New England. Many options have arisen to meet the demand. There is no reason to believe that there aren’t more to come.

Like this post? Want to learn more about our travels and poker rooms across the country? Head on over to the sidebar and subscribe. We’ll let you know whenever a new Poker Pilgrims blog post goes live!