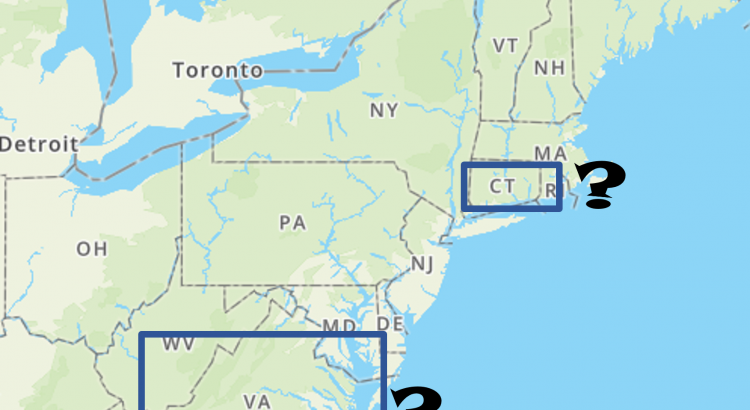 .Heather and I agree on most of the critical issues in life: communication and flexibility are core to a relationship, kindness to others should be a priority, Deadwood was the greatest television series ever, and that the answer to “Do we have a bottle of wine tonight?” should always be “No, absolutely not!” at 10am and “Where’s the corkscrew?” at 7pm.  You know, the important things.

Despite our overlap on key values, we do have our differences. Especially when it comes to driving.  We covered our different approaches to cross-country travel recently, and years ago discussed our different perspectives on whether we’d survive RV living.  Oh, and there are other bugaboos in our driving life, such as Heather’s belief that when Waze says “WTF, I didn’t know a car could go that fast!” I should probably slow down. And then there’s my soapbox speech that driving in the passing lane without passing – even on an empty highway – should be punishable by death.

One discussion that has cropped up repeatedly recently is “Which is the worst state to drive through on a long trip?”. These states are not  destinations – endpoints that may in themselves be a nightmare, like Florida.  These are states that you just endure to get somewhere else.

There are easy states like Nebraska that you can blow through in six hours without hitting the brakes. But there are others – we’re looking at you East Coast – that would make the Marquis de Sade say “No way I’m getting on that winding nightmare of a highway”.

But which is the absolute worst? We each nominate a candidate.

Paul: While I debated going with a dark horse candidate off the East Coast like Illinois, it’s really hard to go away from the poster child of our failing infrastructure: the Northeast. The Northeast contains just too many people in a smallish footprint. Texas is bigger than the combined 11 states of Maryland on north. The region’s city and road planning started in the 18th century and never matured from there. New England specializes in massive potholes on highways with 65mph speed limits, on ramps that take brevity to new heights, and roads built in the belief “Why go straight when you can twist and turn and make all passengers nauseous?”. The king of all these vehicular torture states is clearly: Connecticut. 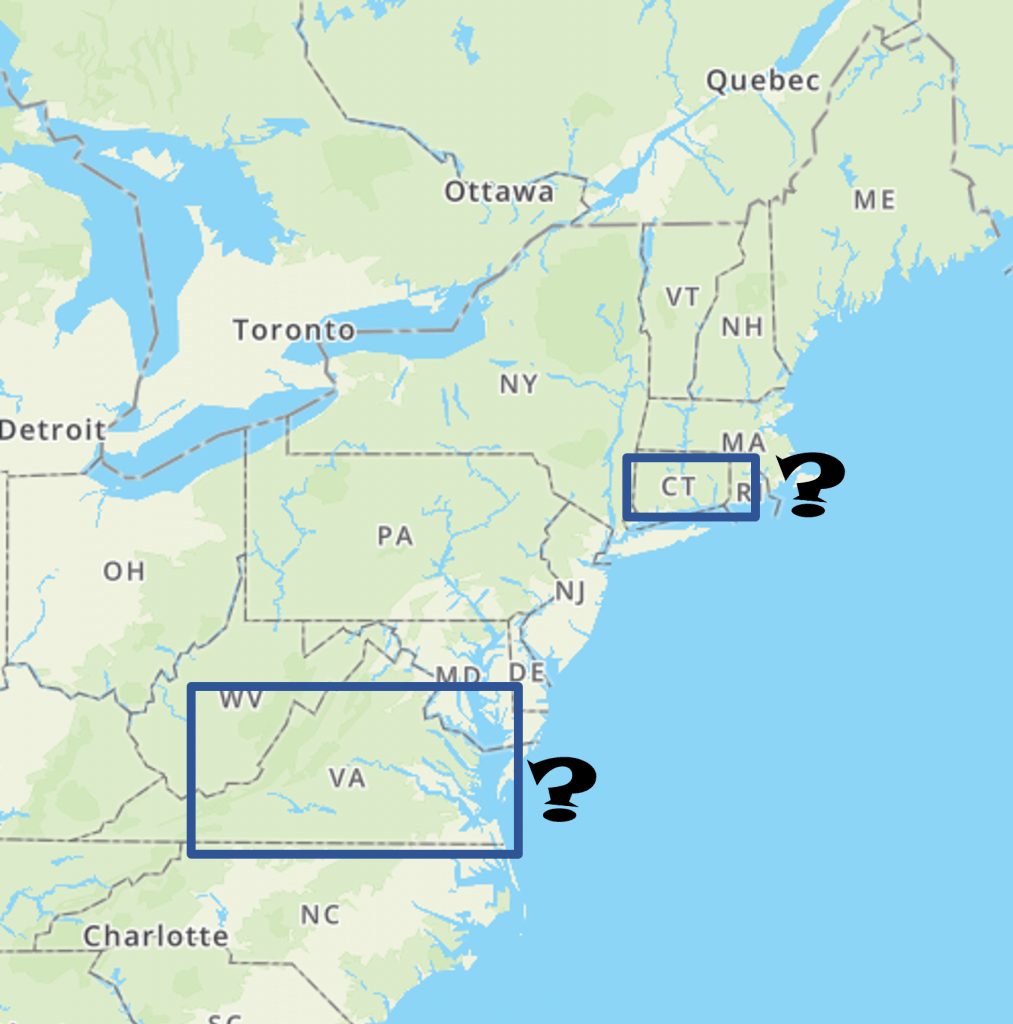 I’ll wait for you to introduce your nominee before I get into the details of Connecticut’s case for the worst state to drive through. But I will say it absolutely classifies as a drive-through state. I mean who actually ends up in Connecticut on vacation unless a major vehicular breakdown is involved?

Heather: Is your memory really that short? I have two words for you: Mixing Bowl. Springfield, Virginia is the city where all hopes of a smooth and efficient car trip go to die. If you are trying to drive anywhere from the Northeast to the Southern US (or back), you will pass through the choke point that is I-95 in Northern Virginia. And you will rue the day that you ever decided to leave your home.

Paul: I’ll see your Bathtub, Dustpan, Chopping Bowl, whatever, and raise you…the Merritt Parkway. It’s not where all hope goes to die, it’s where you actually go to die. The Merrit is a narrow winding two-lane highway for much of the length with almost no breakdown lanes. And on-ramps that you can almost hear whisper “Well, do you feel lucky punk?”! This is the route people take to avoid the hellscape that is Route 95! Do you recall the snowy, winter night I was driving the Merritt? I think you were updating your will.

Heather: Okay, that was bad. But I think I started updating that will back on the George Washington Bridge. What we were doing driving through that storm, I’ll never know.

May I remind you of the four hours we sat this summer in the EXPRESS LANE of I-95 South in Northern Virginia? That would be the four hours we paid $25.72 to avoid the traffic in the non-express lanes. Which also weren’t moving. Ha Ha ha ha! It almost seems like a joke now. Except my eye is still twitching three months later.

Paul: Northern Virginia is a bad area, I’ll grant you that, but just think of any journey you’ve taken on Route 84 from the Massachusetts border to New York. After you descend the hills of northern Connecticut, you are faced with a dilemma: straight through Hartford, the insurance capital of the world (were there really no other nicknames available?), always a backed up mess. Or you can take the Charter Oak bridge and try merging left onto an eternal construction zone (aka Route 91) for the pleasure of hooking back up with 84 via 691.

Then you’re greeted with Waterbury, where the highway looks like it was constructed with materials New York City rejected. After your suspension is decimated by the pothole obstacle course, you finish with a dash to the New York border through the Danbury Motor Speedway or Memorial Parking Lot, depending on the time of day. There are only two gears in Danbury: being passed by cars going 100+ or “we’ve moved 104 feet in the last 7 minutes”.

And that is the route we opt for to happily add 30 minutes to our trip to avoid the Merritt!

Heather:  At least Connecticut is not boring. Once (if) you get through the disaster of northern Virginia, you find yourself heading south through Richmond. Where you will find repeated back-ups on any day that ends in a “y”. Let us then assume that you are headed not to the beaches of Virginia or North Carolina (ARE YOU INSANE?!!) but South toward Durham. You will now encounter about 4,200 miles of Nothing (well it feels like 4,200 miles). Trees on the left of you. Trees on the right. No landscape. No billboards. Nothing.

Just to keep you out of a coma, approximately every two miles there will be a gap in the trees. One out of 20 gaps will contain a police car. Just as you are falling asleep from the monotony, you will see a speed trap and get an adrenaline rush that will send your blood pressure soaring. Not every state offers a drive that risks a visit to the ER.

Throwdown Thursday: Which is the worst state to drive through on a long trip? Depends whether you would prefer to be bored to death or killed to death, really.Click To Tweet

Paul: Yes, Connecticut driving certainly offers more to keep you alert. You can always play “what’s that unsecured thing in the pick-up truck that’s about to fall into my windshield”. Also, I’m not sure police indifference in Connecticut is a good thing. It’s an acknowledgment that things are bad enough already and we don’t have to add a ticket to this situation.

Now, I will say that north-south route 395 in eastern Connecticut is not bad. But you are taking it to hook up to 95 at the eastern end of the state. In summer beach traffic you might as well just sign a do not resuscitate order. 95 also meanders through the lovely metropolises of New Haven, Bridgeport, and Norwalk which always evoke the feeling that a Walking Dead scenario would not be much of a downgrade.

I will say that it says much about both Connecticut and Virginia that New Jersey with its burning rubber Turnpike ambiance and Garden State Parkway “I’m going to Atlantic City so I have nothing to live for anyway” driving ethos does not even get into the discussion.

2 thoughts to “Throwdown Thursday: What’s the Worst State to Drive Through?”