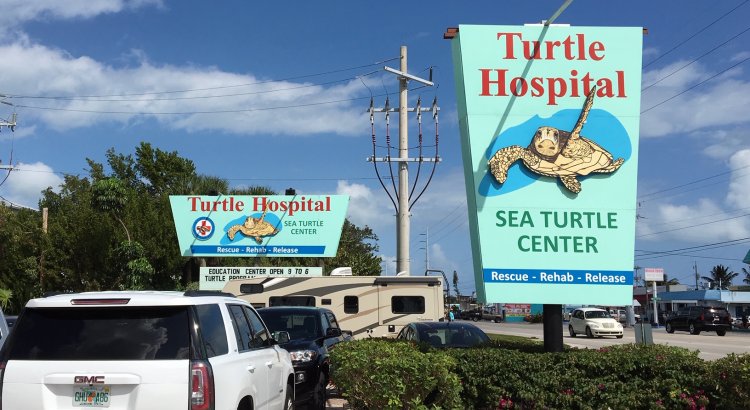 Paul and I are on a mini pilgrimage this week in southern Florida. We spent a couple of days in Miami playing poker, visiting the city and environs, and then drove down through the Florida Keys. In the weeks to come, we’ll share our adventures in Florida travel and poker. However, I couldn’t resist quickly jotting down some of the things that surprised us about the Florida Keys.

My image of the Florida Keys clearly was tainted by nostalgia and a failure to adequately research our destination. I imagined long open stretches of road with the ocean right out the car window. There would be sparsely populated islets peopled by fisherman and tiki bars featuring conch fritters. And after a three hour drive from Miami, we would arrive in the land of Hemingway and Jimmy Buffett. Key West, I thought, would be a bit touristy, but still a throwback to quieter times.

In case you labor under some of the same delusions that I did, let me share with you 6 things that nobody tells you about the Florida Keys.

Let’s start from the northern end of our journey. It took a good two hours to get from central Miami to Key Largo. Part of that was because we came from South Beach and hit a long patch of traffic lights.  Then at the intersection, we chose to avoid the toll road because Waze indicated that staying on our route would only cost us 13 minutes. Lie.

I don’t know why, but I thought the distance from Miami to the start of the Overland Highway was shorter than it is. The reality is that the route from Miami south is a living hell of traffic lights and other people. We had stop and go traffic all the way through Homestead, Coral Gables, and beyond. It wasn’t until we were officially on the Overland Highway (basically in Key Largo) that the traffic lights stopped and we had a smooth (albeit slow) path south.

The Key West traffic is again brutal. It took 20 minutes to go the last three miles of our journey. When the manager at our hotel recommended we park our car and leave it for the duration of our trip, we were happy to comply.

My image of the Florida Keys clearly was tainted a bit by nostalgia and a failure to adequately research our destination. Click To Tweet

This is not just about the traffic (see above), but also the many Wendys, K-Marts, and Publix along the way. I’m not sure why I imagined sleepy and rustic. As with any tourist destination, the Overland Highway features every modern convenience. My golden hued image of a drive by the ocean was WAY off. Where there aren’t big box stores, there are scrubby bushes. Pretty much the only time you see open water is when you are on a bridge. And there are fewer of those than I envisioned as well.

Everything You Want to See is Either $25 Per Person, or Was Destroyed by Hurricane Irma

History of Diving Museum – A bargain at $12!

You get the idea. 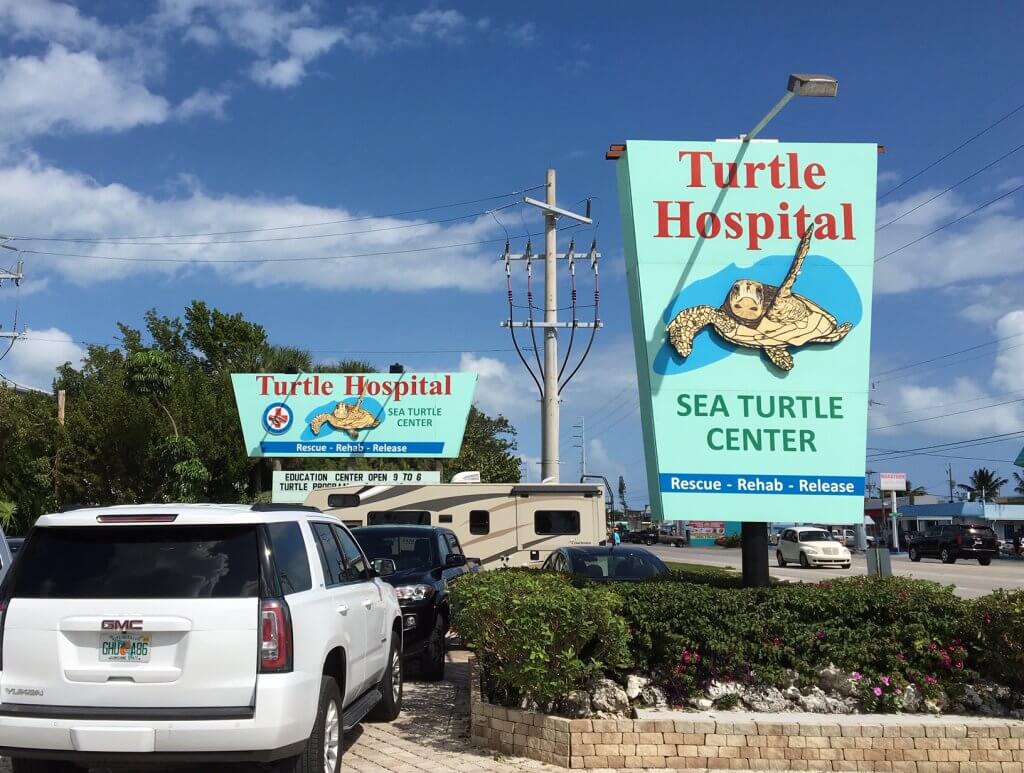 Once we got to Key West, we had more surprises in store!

We got married in New Orleans. It’s one of our all time favorite cities. But we’ve never been big fans of alcohol soaked Bourbon Street, preferring its more refined neighbors, Royal and Chartres. Duval Street in Key West reminds us very much of Bourbon Street, with a bar on every corner. People start drinking at 10am and carry large go cups down the street. Only, instead of frat boys and 20-somethings, the denizens of Duval Street are all 55+. I think that we were actually the youngest tourists on the island.

Nobody tells you about the roosters. Key West is positively overrun with roosters. They wander in the streets, they play in the parks. They crow at each other under your patio table at dinner. There are of course, hens, and chicks as well. But the roosters are so…unbelievably…loud. And do you know when the roosters are at their loudest? 4am, my friend, 4am. We knew that roosters the world over greeted the dawn throatily and repeatedly. But these roosters get a jump on the day, and were crowing full force pre-dawn. So if you were planning to sleep in on your Key West vacation, give up that fantasy now. 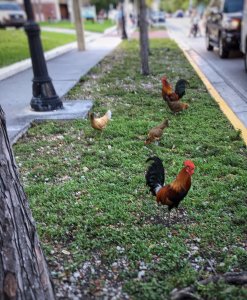 I strongly recommend the tour of Earnest Hemingway’s house in Key West. It’s an impressive place and the tour guides share some great stories about his life. (If you have a chance, take a tour with JL. She really has a gift for storytelling). However, we must warn you. Fifty-five (55!) cats live in Earnest Hemingway’s house. And it smells like a house populated by 55 cats. You get used to it, but the initial ammonia blast will send you reeling.

Like this post? Want to learn more about our favorite poker rooms and our plans for a poker pilgrimage? Head on over to the sidebar and subscribe. We’ll let you know whenever a new Poker Pilgrims blog post goes live!