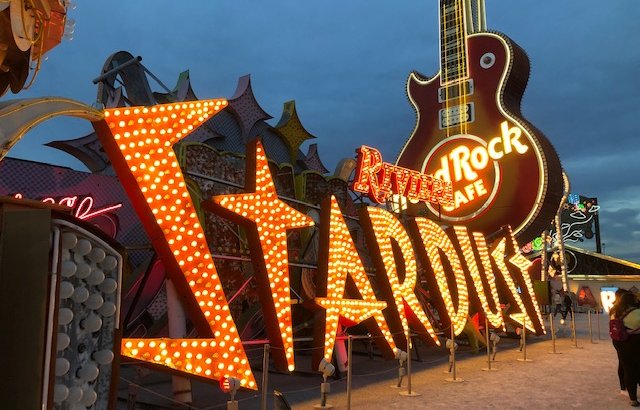 One of our bucket list items has always been to spend a month in Las Vegas during the World Series of Poker. The problem was that we could not imagine spending a month in 100-degree heat during June and July when the WSOP has been traditionally held. That kind of extended heat exposure is just not our thing. Then, in one of the many twists of these bizarre times, the 2021 WSOP was moved to the fall. Suddenly, everything fell into place. Our two youngest children had just entered college, our primary jobs are portable, and we had saved up enough for the trip. So, last October, Vegas it was! We chose to drive to Vegas, in order to have our car. You can read about our poker road trip from Boston to Las Vegas.

The array of hotel options at various price points in Las Vegas is obviously endless. However, if you’re spending a month in Las Vegas and are at all worried about cost, you’re going to want to look for a condo rental via AirBnB, Vrbo, or other rental site. The two primary advantages of renting are: 1) the cost per night will be much lower for the quality you can get, and 2) having a kitchen will save you a lot of money. An extra bonus is the lack of Resort Fees, that are very difficult to escape in Vegas hotels these days. In our Airbnb on West Flamingo Ave, we ate most breakfasts and lunches at home. We also cooked 2-3 dinners a week, plus leftovers.

As far as where to stay, we are partial to the west side of the Strip. It is less congested and safer than the east side, and provides easy access to Summerlin and Red Rocks. And if there is any off-Strip poker room that is highly desirable, it’s The Orleans. Of course, during the 2021 WSOP, the west side was a no-brainer due to its proximity to the Rio. Starting in 2022, the WSOP is moving to Bally’s and Paris on the Strip, so that advantage has diminished.

How/Where to Eat During a Month in Las Vegas

In addition to the many restaurants that we have discovered on previous trips, we found some new favorites last fall when we spent the month in Las Vegas.

Chef Kenny’s: We’re far from vegans –  not even in the vegetarian neighborhood really. But Chef Kenny’s Vegan Dim Sum is so absurdly good, it rises above any concern of “is this really not meat?”. But, yes, it tastes so much like meat you won’t even notice. We initially gave it a shot because it was right around the corner from our AirBnB and received glowing reviews. Once we tried it, we were hooked and ordered it in at least once a week. From spring rolls and dumplings to vegan crispy “beef” and sesame “chicken” Chef Kenny’s offered some of the best take-out food we have ever eaten. Note that Chef Kenny’s sister restaurant is on Spring Mountain Road, has a similar menu, and I’m sure is just as good. 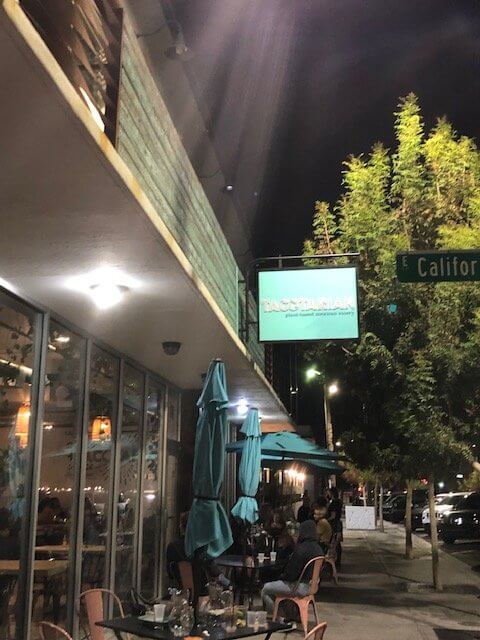 Tacotarian: Ok, now you are going to think this whole “we’re not vegan” thing is a sham. But partially inspired by our Chef Kenny’s experience, we ventured down to the Arts District to check out Tacotarian‘s vegan take on Mexican food. Once again, we were blown away. The tacos were some of the best street tacos we have ever had, not missing a beat without meat. Just note that this place is really hopping at dinnertime. You may have a bit of a wait at the counter and need to shark for a table. But it’s worth it.

McMullan’s Irish Pub: Right across from The Orleans is McMullan’s Irish Pub. McMullan’s offers a wide array of menu options, including excellent burgers and a really good Irish Stew. And, of course, the beer options are extensive and good. The environment throughout is nice, whether sitting at the bar or a table. The wait staff was very friendly and welcoming. The trivia night on Tuesday evenings was particularly fun.

Frank’s Pizza: If you just want a night of solid takeout pizza on the Westside, check out Frank’s Pizza. Just really good thin-crust pizza, with a very nice staff.

Where to Play Poker

The poker options in Las Vegas are obviously extensive. However, if you are a relative newcomer the choices can be pretty overwhelming. We have reviewed several Vegas rooms with our favorites being Resorts World Las Vegas, the Aria, the Venetian, the Golden Nugget, and The Orleans.  Resorts World, as the most recently built poker room on the Strip, is a real joy to play in.  While several rooms have closed down in the past few years, there remain many great options.

Non-Poker Activities During a Month in Las Vegas

Beyond the various poker rooms, entertainment options abound in Las Vegas. Of course, there are innumerable permanent and rotating shows to take in. Frankly, expensive shows aren’t our cup of tea, so we have avoided most of them. However, we have found some other great things to do in and around Vegas. 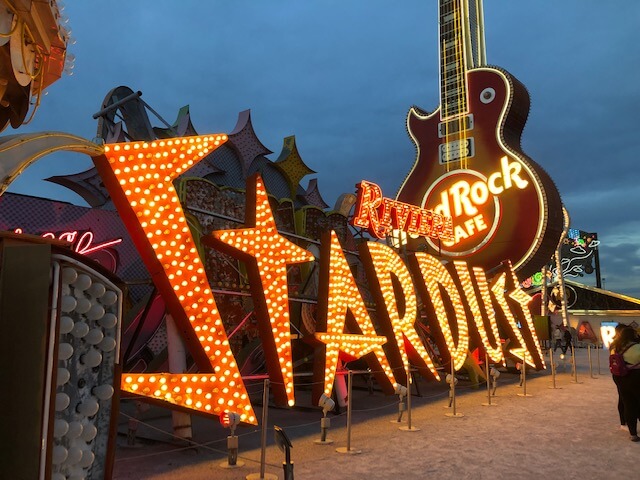 Neon Museum: The Neon Museum is easily one of the most unique attractions Vegas has to offer. A graveyard of classic neon signs, walking through this outdoor exhibit provides a unique visceral experience. Informational plaques provide interesting facts and anecdotes about how the signs came to be. A pro tip that we read and will pass forward: plan your arrival time right before dusk. Seeing the signs start in the daylight then pass into the evening is really cool.  We took several passes through the main loop.  When we reversed direction, we discovered interesting signs we had missed before. It’s a remarkably in-depth experience given it’s small size and simple concept.

Hiking at Red Rock Canyon: Just west of the city lies the scenic Red Rock Canyon.  Red Rock offers dozens of trails of varying length and difficulty. The landscapes are quite varied as well, making it a great place for repeated visits. Obviously, choose wisely your time to go considering the heat at certain times of the year. Bring plenty of water and read carefully the descriptions of each trail (or check out AllTrails.com) for how physically challenging they are. But, mostly, just enjoy these striking landscapes. 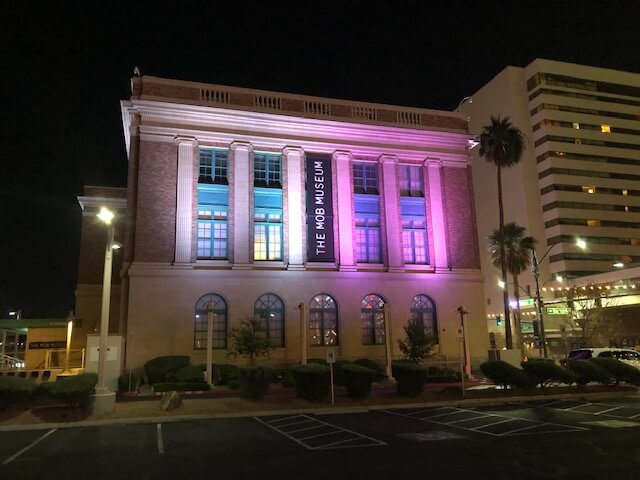 Mob Museum: The Mob Museum, like the Neon Museum, is not like any other museum in the country. The focus is on organized crime, and specifically how it interacted with the growth of Las Vegas. We had modest expectations going in, openly wondering if this would be Vegas schmaltz and/or glorify criminals. But the Mob Museum ended up to be a fascinating look at both organized crime’s role in our society and law enforcement’s response. The museum is a nice moderate size as well. If you have a week or month in Las Vegas this is worth spending a couple of hours.

Spending a month in Las Vegas will give you the opportunity to experience a wide variety of the diverse experience the city has to offer.Click To Tweet

Las Vegas has such a diverse array of activities, you’ll just never get bored. If you told me 20 years ago, I’d spend three days, never mind a month, in Las Vegas, I would have thought you were crazy. But, as covered here and in a previous article, we keep discovering more and more to do in Las Vegas beyond poker that has us returning again and again. Las Vegas is well worth an extended stay, and is best experienced if you delve into activities beyond the casino walls.