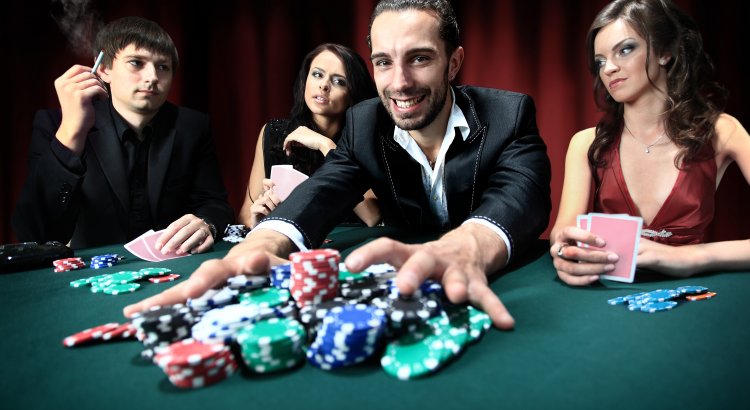 Poker players typically spend their “training time” learning specific poker skills related to playing hands. Skills such as reading boards, calculating equity and pot odds, and understanding ranges, are all core to becoming a better player. However, players (particularly recreational players) are less likely to attend to  other aspects of the game that are equally critical to success. In order to develop a rounded game, you also need to develop these four hidden poker skills.

Hidden Poker Skill I: Honest Self-Assessment of Your Physical State

Heather and I generally play poker on weekends. Given that we largely play tournaments, we often have just a single window of time to play.  Sometimes when pulling out of the driveway, one of us will say “God, I’m tired.” The other will offer an insincere, perfunctory “We don’t have to go if you’re exhausted.” However, we know full well that the response will be “Shut up and drive.”

We’ve never tracked whether these low energy days correlate with poor performance. We probably should, but likely won’t for now, because our weekly poker tournament time is sacrosanct. However, if you have the ability to play frequently, and certainly if you play at higher stakes, you should make sure you are rested, alert, and at full capacity before deciding to play. Peak performance is unlikely when you’re tired or sluggish.

Further, you need to stay sharp during your session.  In short, this means staying sober, hydrated, and well-fed. We never drink alcohol when we play. Never – not even a single drink. Some players perform remarkably well with a couple of drinks in them, but almost no one does after several drinks. Elsewhere, we’ve shared our poker tournament packing list. This includes water and healthy snacks which allow us to avoid both the cost and the unhealthy options available at most poker rooms. Despite our best laid plans, we’ve sometimes found ourselves voraciously hungry during long tournaments. We continue to work on addressing this leak.

Just as you should not enter a poker room tired, hungry, or thirsty, you should not arrive irritable, angry, depressed, or distracted. Poker can be an escape that gives us a break from our life stress. However, unfortunately poker can also increase our stress levels. Losing money because you played poorly due to your bad mood certainly doesn’t help. Make sure your head is on straight before you walk through that door.

You also need to maintain focus throughout your poker session. This means paying attention to your cards, your opponents, and the action at the table. Worrying about a problem you are having at work, or zoning out on your phone, will have negative effects on your game.

The obvious antagonist to a balanced state of mind is tilt. If you’ve taken some brutal beats and can’t shrug them off, take a pause. Walk away from the table for a while. You will find that a couple of minutes away from the table, a few deep breaths, and some positive self-talk can bring you back to equanimity. If you can’t get past the bad beat or big loss, take a week (or more) off. Knowing your limits is crucial to ensuring a positive poker experience.

Poker is a game of ups and downs. Learning to accept the variability of results is a necessity for proper emotional balance. Sometimes things will go very well for an extended period, sometimes very badly. Learning to recognize natural statistical variance for what it is and not take it out on other players, dealers, or loved ones is a hidden poker skill that will result in better long-term satisfaction with this sometimes cruel game we love.

There are a variety of styles you can adopt when you sit down to play poker. Calm and analytical generally achieves better results than emotional and impulsive. However, there is also a lot of room for personal expression in this game. Some players prefer to offer up a blank slate. They sit impassively, interact little, and rarely smile. Personally, I would lose my mind if I adopted that stance. I love meeting other people, hearing their stories, and participating in good-natured banter at the poker table. As a recreational player, I’m in it for the fun (and hopefully a little bit of profit). I also want people to like me – perhaps to a fault.

I find that I need to alter some of my natural tendencies when playing poker in order to succeed at the game. Chatting non-stop is a detriment to paying attention to other players’ actions. I also can’t give away too much when discussions veer toward poker strategy. Most importantly, I can’t let the desire to be liked alter my play. I drive Heather nuts because I show too many hands when people fold to me. Sometimes it is strategic, but often it is to make them feel better that they made the right fold. “See what a nice guy I am? I wasn’t bluffing.” On a good day I manage to strike a balance, engaging with others in a way that feels good but does not become sloppy.

Some players love being the villain, and it works for them. Other villains take it too far, and everyone either guns for them or refuses to play. We play regularly against a player who is gregarious but loves to tweak people by showing bluffs and employing good-natured baiting. It’s clearly successful for him. No one ever seems to know what he’s up to, but neither do they dislike him for it.

Integrating strong personal attributes, and guarding against your weaknesses, is one of the key hidden poker skills. Doing so will create a highly effective poker persona. And a strong poker persona will help support your game. 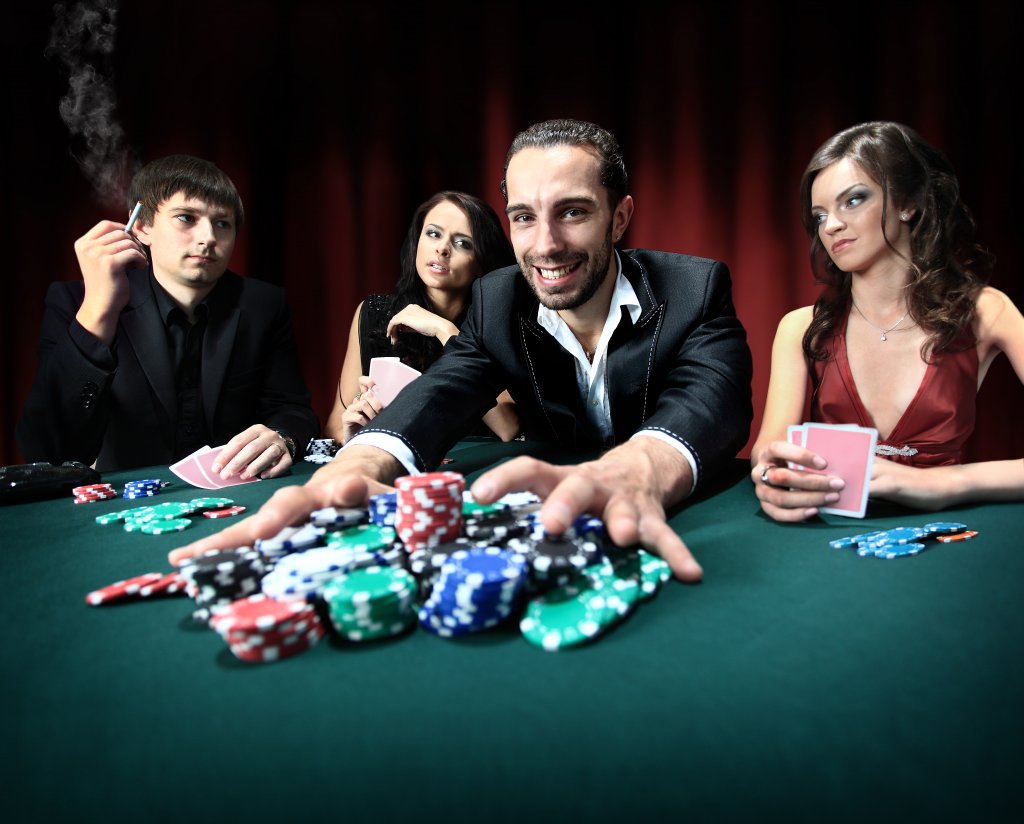 Hidden Poker Skill IV (A): Negotiating Chops in Tournaments – My Story of Failure

We’ll start with a story of how not to negotiate a chop, featuring yours truly. This summer, I ran deep in a Seniors Daily Deepstack at the Rio in Las Vegas during the World Series of Poker. I made it to the final 6 players from a starting field of 250. Sixth place paid $1,600. Not bad for my $250 entry. However, a poor chop negotiation likely cost me between $2,600 and $2,800. And it haunts me to this day.

Tied for about the third-largest stack at the table, I decided to propose a chop. The group pretty quickly decided what to give the one huge stack, and he agreed. The two smallest stacks had about 60%-70% of what I, and the guy closest to me, had and we had about 60-70% of the second largest stack. I offered an even chop among the five of us for about $4,400. Four of us agreed (of course, the two small stacks were thrilled), but the second-place player asked for a bit more. We agreed. Now the bottom four chop was $4,200. At this point, the guy tied with me balked and said he wanted more than the two small stacks.

I could have suggested that he and I get $4,400 and the two small stacks get $4,000. That would likely have done it. However, I went the more “try to convince him of the logic and ethics” route. I argued that the difference was only a couple hundred dollars to us. Also, if anyone doubled up through a larger stack everything would change. He dug in, and play continued.

I then violated the “honest self-assessment of my mental state” maxim and proceeded to focus on making him pay for his greed. I lost a sizable hand to him when we were the blinds shortly after the failed negotiation. Then, with 9-8 suited, I shoved into one of the large stacks who called me with AK. He held up, and Heather and I were off to the cage to collect 6th place money.

Within 10 minutes, I turned a very profitable year into a break-even disappointment. The remaining players chopped before I had even left the building.

In order to develop a rounded game, you should make sure that you are developing these four hidden poker skills.Click To Tweet

There is an art to negotiating a chop. First, you must understand the fair distribution of profits.  One of the tools we practice with is the Tournament Chop Tool at Advanced Poker Training. Obviously, every situation is different, but you can put in a variety of scenarios (e.g. 4-handed, top stack has twice second stack, and second stack is twice bottom two), and get estimates for the tournament payouts you might typically encounter.

While that gives you a base of information to start with, other players are not always going to understand the logic of an “equity chop.”  It’s more important that they see things as fair. You need to keep your eye on the prize: protecting most of your equity. Sometimes multiple players giving up a small part of their equity share will get the chip leader to an amount they are happy with. For example, if you agree to take $450 versus $500 with 5 players remaining, but protect against going out next and only getting $120, that $50 offered to the chip leader is probably a smart investment. If I had even accepted being in the lowest chop tier and given up $200 to make my opponent happy, I would have protected $2,500.

As in all of poker, it is important to remain unemotional and analytical when negotiating a chop. Treat it like a business negotiation. Nothing should be personal, and everyone has a right to their perspective. Most of all, try to understand things from the other players’ point of view, and determine what will make them happy.

Poker success is as much about intrapersonal and interpersonal skills as it is about playing ability. Otherwise brilliant players have been undone by poor attention to their physical and emotional health. Others interact poorly with others, interfering with their ability to execute their poker skills to greatest effect. Finally, if you make it to the final table, you’ve got to know how to protect your interests in a chop scenario. Self-awareness, a healthy lifestyle, and personal skills aren’t sufficient for poker success, but they are all necessary. Build these hidden poker skills along with the core elements of play, and your game will certainly improve.