Heather’s mother recently treated us, along with Heather’s kids and brother, to a mid-summer cruising vacation. Originally, the main event was to be a two day stay in Havana, but a Presidential edict quashed that plan. Thus, our family Cuba excursion morphed into a day in Key West, a day at sea, and a day in Nassau, Bahamas.  This was Paul’s second cruising vacation, while Heather is a relative long-term cruise veteran with a whopping four cruises under her life jacket.

We are now back from our cruise and have some thoughts:

Heather:  Oh, thankfully that is over. I’m ready for a full human being detox. Jeezus, but those cruise lines can pack them in.

Paul:  Eh, we were waited on hand-and-foot and never had to wash a dish for 5 days. I’ll take a few crowded elevators and faux Las Vegas shows in order not to touch a sponge for a week.

Heather:  I think I’d rather wash dishes. But then, you tolerate people better than I do.

I also walked off that ship feeling like a goose that had been prepared for the slaughter. I think I gained five pounds in five days.

Paul:  Yeah, that’s where we really part ways. When I hear “unlimited buffet,” the angels start to sing and I begin to tear up. The variety, the combinations….mostly the unlimited part. It’s a beautiful thing. I’m getting choked up again.

Heather:  But the food was so… mediocre! From the soft serve to the NY Strip Steak, there was little I found particularly appealing. Ok, except for the dinner rolls. They were delicious, which led to….see goose comment. 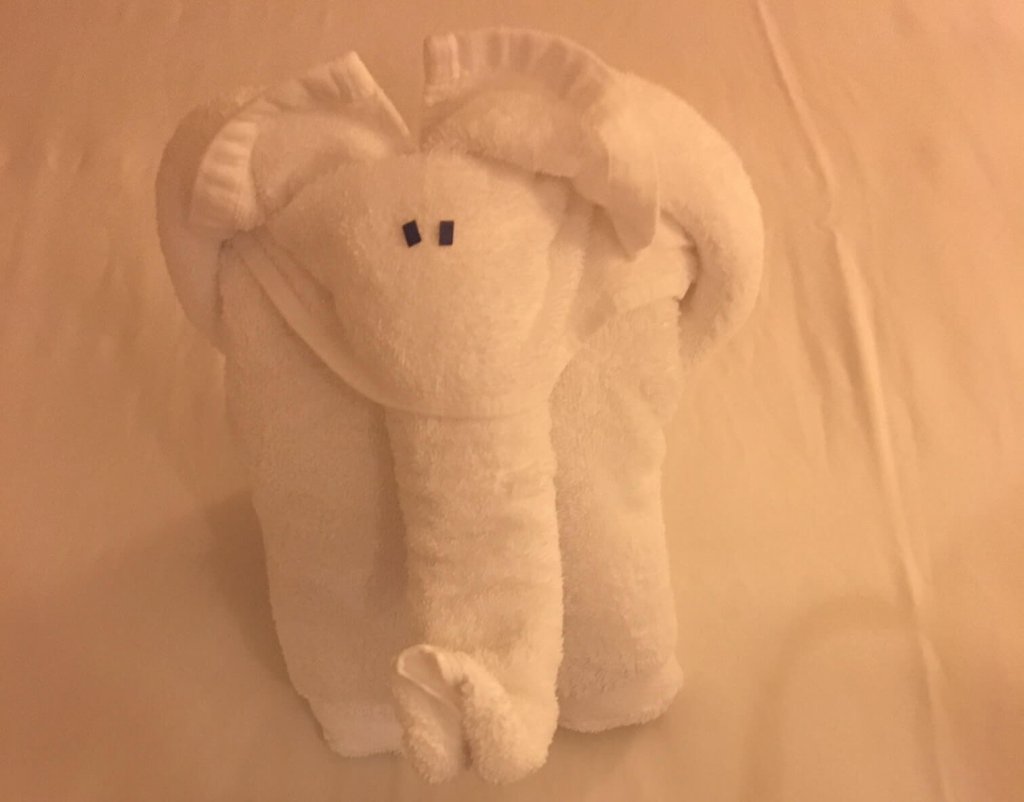 Paul:  I’ll give you that; we had some mediocre dinners. Though there were a couple of good ones as well. But back to the unlimited breakfast and lunch buffet. So many good things. And did I mention it was “unlimited”? I fear I’m a simple man.

Heather:  I don’t know, somehow I lost my appetite every time I walked into a dining room and someone tried to assault me with hand sanitizer.

Paul: Nothing like a reminder that you’re risking norovirus at every meal.

Let’s move away from communicable disease, and talk cruising entertainment. Now I’m not going to pretend the big evening shows were “good” in the conventional sense, but how often would we get to see such campy fare? Seeing a terrible comedian and an ensemble of 70s dance hits was amusing. And watching a Vegas outcast Jon Bon Jovi/Ozzy Osbourne love child mocking Rod Stewart was a once-in-a-lifetime opportunity.

Heather:  Don’t get me started on the entertainment. I will admit that I actually enjoyed the compilation of soul music. There was even one singer in the cast that could actually knock it out of the park. But the comedian managed to be racist, sexist, and not funny all at the same time. And I’m still having nightmares about that Vegas lounge singer in a Rod Stewart fright wig poorly imitating everyone from Elton John to Pavarotti.

Paul:  But for every lounge lizard nightmare there was….trivia! So many trivia contests, so little time.  Still miffed our team only captured the progressive tournament silver medal. We missed gold by only 2 points! I think we should have demanded a recount. I admit that it’s tough to know what to do with 20 key chains, 15 pens, and 8 highlighters. What else but cruising could have brought such a trivia-immersive experience? Be still my geeky heart.

Heather:  You have me there. We both love, love, love the trivia. And fortunately, the rest of my family does too. Or at least they were willing to humor us in our trivia obsession. That really made the trip.  My great regret is we didn’t win the 80’s Name That Tune contest. That winning team had a woman who was a ringer. I think she was Cyndi Lauper in disguise.

So point to you regarding trivia. However, you have to admit that the excursions practically killed us. I’ve never felt so old and out of shape in my life.

Paul:  Well who knew the “Swim with Dolphins” excursion actually involved swimming?! Dog paddling across a faux lagoon in a wet suit looking like a wounded seal, admittedly, left my ego bruised. But experiencing a dolphin pull my bloated carcass through the water was fun. Although the dolphin looked like she wanted hazard pay after she finished with me.

Heather:  No worse than me trying to flop my body into a giant inner tube to go down a decidedly not lazy river. The upside of that day was my fish tank epiphany that we are in worse shape than my 75-year-old mother. Now we get to stop eating anything with taste and walk 20,000 steps per day! That’s the real take-home of this cruising vacation.

Paul:  See! Cruises provide insight and motivation; along with non-stop access to antibacterial soap. What more can you ask for?

Paul:  Good luck with that.