For many poker players 2020 has been rough. Many states have shuttered their poker rooms, and others have seen rooms open and close again. Now, with winter ahead, we  are all seeking other distractions. While we have personally added hiking as a healthy alternative (and started an Instagram account to document it), there’s still a lot of time to fill. And nothing fills those dark winter evenings like great, long, streaming series. While we joke that we have “finished Netflix” we still continuously seek new series. As we do, we figured we’d share some of the best shows to stream with our poker brethren.

We’re going to focus on series that not everyone has seen. We know you know about The Sopranos, Deadwood, The Wire, Breaking Bad, Mad Men, Curb Your Enthusiasm, and Game of Thrones (ok, confession time, incredibly we skipped that one). Instead, we’ll share some of the lower profile shows you may not have heard of. Since these are some of the best shows streaming has to offer, not many are really obscure, but we imagine there will be one or two you will have missed. We’re also sharing our favorite international shows, including the best non-English speaking shows for those who don’t mind subtitles.

As we started to make our list, we realized that we have more shows to recommend than we have room for in a single post. So today we will share Best Shows to Stream: Part 1. We will cover Comedies and our current favorite, (I wonder why), Post-Apocalyptic shows. Next week we will share our favorite Crime Series and Dramas.

What We Do in the Shadows:  Created by Taika Waititi (director of JoJo Rabbit), this show is based on the movie of the same title. A group of vampires settles into life on Staten Island as they try to feast on and fit in with the locals. Filmed in the faux-documentary style of The Office, each character deals with the ramifications of their own immortality, and their charter to dominate North America. The three primary vampires – Nandor, Laszlo, and Nadja – all struggle with their own personality quirks. Laszlo’s “familiar,” Guillermo, continually strung along by false promises of being turned into a vampire, and particularly, energy vampire Colin Robinson, who dominates souls through tedious discussion, really steal the show. After a couple of episodes, Colin Robinson will become a catchphrase in your home.

Shameless: Major time-killer here: over 120 hour-long episodes and counting (the coming season will be the last). Shameless follows the Gallaghers, a Chicago South Side family with some issues. The Gallaghers are potentially the most dysfunctional family ever to grace your TV screen. The things this family does to survive and occasionally thrive are tough to watch. But the characters are endearing – even, at times, the destructive patriarch played by William H. Macy. A couple of seasons in, you will feel as protective of, and frustrated with, the characters as if you were their parent. Very few shows with this long a run have stayed as fresh and interesting.

You’re the Worst: Let’s slap the “not for everyone” tag on this one right away. The title is apt: the main characters (at least three of the four) are just not good people. They are frequently horrible to one another, everyone else who crosses their paths, and themselves. It’s not pretty to watch, and the producers of this show don’t hold much back. However, as you advance through the show’s five seasons, the reasons for their horrible behavior become clear. Once they do, the show takes on a new depth. While it moves more toward a drama in later years, the comedic elements become more incisive than over-the-top brutal. The characters and the show grow up during the run. And, to its credit, unlike most shows (Seinfeld, Lost…) they do not blow the ending. 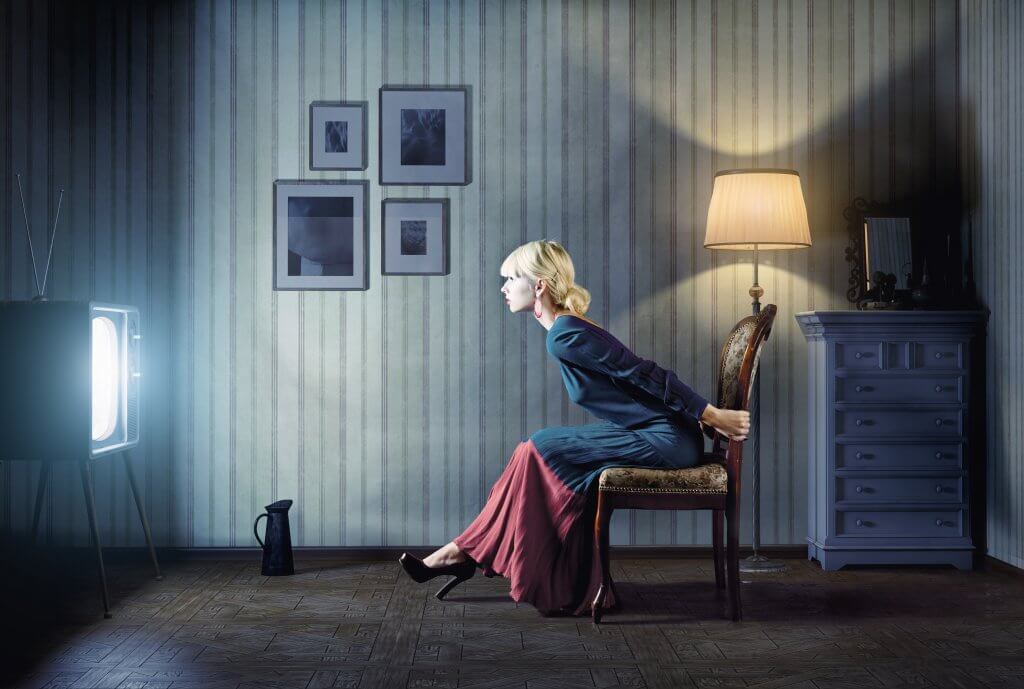 Schitt’s Creek (Canada):  This all-time great comedy flew beneath the radar for years, but it finally got its due this year at the Emmys.  The brainstorm of Eugene and Daniel Levy, who also play two of the lead characters, involves a formerly wealthy family who goes broke. Their only remaining asset is a broken-down motel in the middle of nowhere. They settle in to run and live in this humble setting and struggle to let go of their pretenses to embrace their new neighbors.  This series will not be everyone’s cup of tea.  It’s odd and over the top to the nth degree. But if you stick with it, the rewards are plentiful. Catherine O’Hara alone will make it worth your time.

Sex Education (England): At first glance, an edgy teen comedy, but the excellence of the young cast led by Asa Butterfield elevates it. Butterfield plays a high school student with a sex therapist (Gillian Anderson) mother. One day he decides to follow in her footsteps and opens up a sex ed pop-up consultation service. While the premise is bold and unrealistic, the brilliant ensemble cast of teenagers grounds the show. They are all relatable and their struggles seem real. The premise allows for some outrageously funny moments.

Derry Girls (Ireland):  This show takes place in Northern Ireland during “The Troubles” and tells the story of a group of Catholic classmates and their families. The over-the-top hilarity of the eponymous girls will make you laugh out loud. Placing the banal silliness and pursuits of teenagers against a backdrop of IRA bombings was risky. But Derry Girls rises to the challenge.

Battlestar Galactica: To be clear, we’re not talking the 1970s Lorne Greene/Dirk Benedict cheesy version (which does have its acolytes), but rather the 2004-2009 version. This show has a great ensemble cast and is one of the first action/sci-fi shows to create female leads as strong leaders/warriors. Battlestar Galactica reclaimed the sci-fi space genre from the various series that were part of the Star Trek behemoth. Despite a couple of unfortunate decisions late in the series, it remained both of our favorite sci-fi series ever…until one which will be addressed below.

Fear the Walking Dead: A spinoff from the more famous original, this is a prequel to the events seen on The Walking Dead. It is staged at the beginning of the zombie pandemic as the characters fight to survive and attempt to build a new society. Like the original, there is a strong ensemble cast that samples actors from some other great TV series. Among our favorites are Kim Dickens (Deadwood, Treme), Alycia Jasmin Debnam-Carey (The 100), Lennie James (Jericho, and, of course, his same character from The Walking Dead), Maggie Grace (Lost, Californication), and Garret Dillahunt (Deadwood and about a dozen other things). These actors are skilled at creating memorable characters amidst an ensemble cast without distracting from the show’s intentions.

Firefly: One of the greatest crimes in TV history was the short life of this one-season-and-done gem. Only 14 episodes and a follow-up movie (Serenity – to appease the irate fans when it was canceled) exist. We usually would not recommend a series with such a short run. However, Firefly mixed intense, unsettling drama/action with comedy as well as any show ever has. The main characters are likable and easy to root for and the action an enjoyable ride. The show straddled the low- and high-brow elements of sci-fi in a unique manner and is worth the watch even without a full run.

The Expanse: OK, Heather may hold onto Battlestar Galactica in the discussion of best sci-fi series ever, but for me, The Expanse blows the rest away. Another show that nearly suffered an untimely demise when Syfy canceled it after three seasons. However, it helps to be Jeff Bezos’s favorite show. Amazon Prime picked it up and produced a fourth and fifth season (to be released in December), with potentially more ahead.

The premise is well-worn: a motley band of mercenaries finds themselves dragged into a crisis that threatens the existence of everything. Abandoning their selfish ways, they become humanity’s only hope for survival. Sounds trite, but it does not play out that way. The core quartet are all compelling. But the supporting cast – most notably Shohreh Aghdashloo, Frankie Adams, and Thomas Jane as ongoing characters, and Jared Harris and David Strathairn in guest appearances, are unforgettable. This show creates a vibrant set of cultures and languages contained in a solar system that has grown beyond its earthly origins. Finally, the show’s breathtaking visuals take it into the pantheon of TV’s all-time great shows.

While we joke that we have 'finished Netflix' we still continuously seek new series. These are the best we have found.Click To Tweet

Orphan Black (Canada): I’m prone to over-the-top statements, but this one I’m sticking by: Tatiana Maslany’s performance playing multiple clones with distinct personalities and backgrounds is the greatest acting feat in TV history. Maslany plays four to six main characters throughout the series, and another dozen or so minor characters. But this is no Chevy Chase putting on different hats in Fletch. Maslany’s main characters are so fully realized and complex, you will forget that it is the same actress playing them. If that’s not impressive enough, Maslany plays extended scenes with one clone pretending to be another clone. Watching that kind of unworldly acting nuance is special.  The intricate plot is also well crafted, and other actors put in many strong supporting performances. But, Maslany alone is worth your time.

Dark (Germany): Anyone who watches Dark and can explain exactly who’s who and what the hell’s happening deserves immediate Mensa induction. This time and universe bending drama is not for the faint of heart. Who are the bad guys, and who are the good guys? And what does that energy blob spinning in the middle of the cave do? Those, and about seven dozen other questions will befuddle you. However, it is a brooding, yes dark, piece of TV genius that keeps getting better. You won’t be able to describe it to friends in any succinct way, except to say “watch it.”

Survivors (England): As one of the first international post-apocalyptic shows we tried, I barely even remember the details. And this post has gotten too long. So trust us, this show in which a pandemic kills 90% of humanity is a good one. And a lot less work to watch than many of the shows on this list.

Like this post? Want to learn the best Drama and Crime shows to stream? Head on over to the sidebar and subscribe. We’ll let you know whenever a new Poker Pilgrims blog post goes live!