Today we continue our look at some of the best shows to stream during these dark times. Just glancing back to our take on comedies and post-apocalyptic/sci-fi series reminds us how many good shows we’ve forgotten. Of course, it’s also an indication of how much TV we watch. In these times, our overabundance of screen time has kept us sane.

In looking over our four lists, one thing is clear: crime series have the deepest bench. Particularly once we consider international series, there are so many great crime/police series. Every time we vow not to watch one more crime show, we find and fall in love with another. The British and Scandinavian countries particularly excel in the crime genre.

Justified: Timothy Olyphant and Walton Goggins make this show fun with a capital F. The premise is well-worn: two guys from the same town end up on different sides of the law. But the execution is top-notch. Each season brings new villains – probably our favorite being Mags Bennet played by Margo Martindale – which keeps things fresh. Justified is the rare show that relies on both strong plots and interesting character development.

Ozark: Jason Bateman is among the greatest straight men in television history. He has generally plied his skills in comedy, most notably as the moral core of a highly dysfunctional family in Arrested Development. In Ozark, he takes a very different direction. This dark crime series deals with a financial advisor who is involved in money laundering for a Mexican drug cartel.

Much of the series centers around Bateman and his wife, played by Laura Linney, extracting themselves from betwixt the proverbial rock and hard place. Then Julia Garner, playing wrong-side-off-tracks Ozark native Ruth Langmore, enters the picture and steals nearly every scene she is in. The two Supporting Actress Emmy awards she has garnered (pun intended) only begin to tell the story of her talents.

True Detective: At least season one. Matthew McConaughey going full McConaughey is not to be missed. Watching him dance along the self-parody line while spinning loopy philosophical treatises is beyond entertaining. Woody Harrelson plays the perfect foil as his partner/ex-partner. But the star of season one is the sharp writing and unsettling atmosphere. Vince Vaughn heads season two and it is not nearly as good. In season three, Mahershala Ali reminds us why we were here in the first place. The plots of the seasons are independent of one another, so feel free to skip season two entirely. 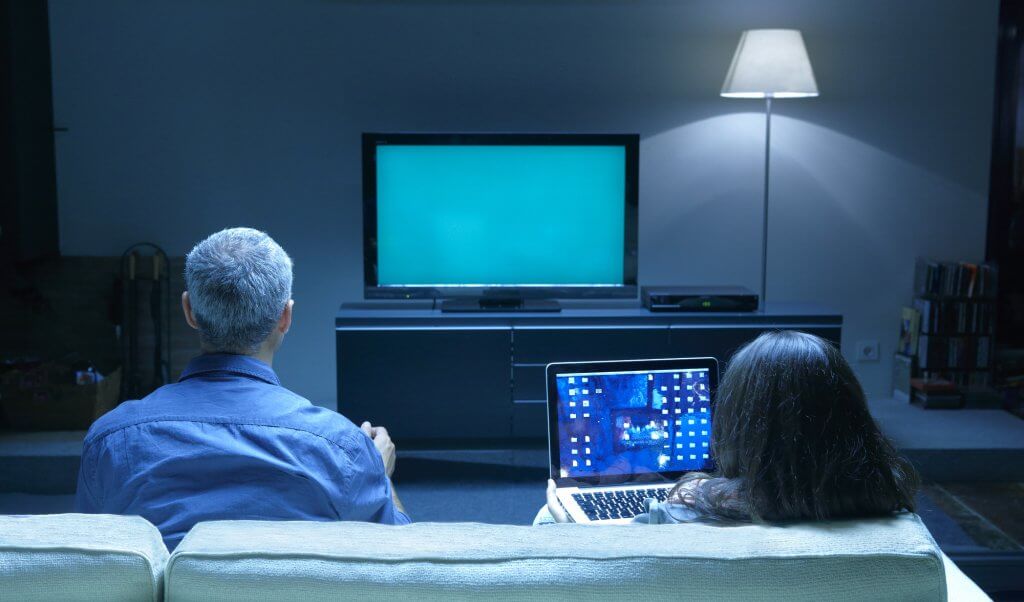 Money Heist (Spain): Ocean’s 11 ain’t got nothing on the complex planning underpinning Money Heist. The Professor brings together a band of miscreants to pull off a robbery of the Royal Mint of Spain. The plan is complex, the plot is complex, and somehow the writers and directors hold it all together, and take you on a wild ride. Borrowing a device from Tarantino’s Reservoir Dogs, the criminals are not allowed to use their names, but are assigned city names – Berlin, Tokyo, Nairobi, etc. A small touch that adds to the fun of the show. I keep mentioning the strength of ensemble casts, but Money Heist may win the prize for the depth of great characters.

The Bridge (Denmark/Sweden in IMDB as Bron/Broen)/The Tunnel (England/France)/The Bridge (U.S.): Here’s your challenge: watch all three of these series that have the same premise and decide which you like the best. Each features an experienced male detective from one country and a young female Asperger’s detective from another trying to solve a murder in which a body straddles the border between the countries. The relationship between the detectives is unique and forms the ballast for each series. We suggest starting with the U.S. version. While still a good show, we believe it to be the weakest of the three.

Best Shows to Stream: Other Dramas

Chernobyl: Perhaps a cheat here, as this is only a 5-episode mini-series, but it is among the highest quality show of any kind ever produced for television. Yes, it’s about the Chernobyl nuclear plant disaster, and, yes, it’s every bit as bleak as you’d expect. But it is gripping and the lead performances by Stellan Skarsgard, Jared Harris, Emily Watson, and Jesse Buckley are flawless. The contrast between the evils of bureaucracy and the heroism of individuals trying to help their fellow Russians, and the world, is striking. To completely appreciate this work of art, keep distractions minimal, and your ability to handle trauma high.

Better Call Saul: Only Vince Gilligan could produce a simultaneous prequel and sequel to a hit show.  Better Call Saul feels like a gift, reviving many of the great characters from Breaking Bad. The tone, visual style, and New Mexico setting will feel very familiar. However, the world of Walter White is replaced by that of Jimmy McGill (who in Breaking Bad is known as Saul Goodman). Breaking Bad is deservedly hailed as one of the best shows in TV history. Yet, at the end of many episodes of BCS, you’ll find yourself wondering “Is this actually better than Breaking Bad?” Suffice it to say the pair makes a strong case for the best original series/spinoff combo in television history.

The Americans: The Americans breathed new life into the spy genre. The show portrays 1980s Reagan America alongside the fading Soviet world. The basic plot is that an all-American couple runs a travel agency and raises kids while secretly serving as Soviet spies. Simple enough, but the performances of Matthew Rhys and Keri Russell bring depth and pathos to the characters’ struggles as true Soviet believers.  Frank Langella and, once again, Margo Martindale are excellent as the couple’s Soviet handlers. On top of all that, Felicity still has great hair.

Every time we vow not to watch one more crime show, we find another great one. The British and Scandinavian countries particularly seem to do these shows very well.Click To Tweet

Vikings (England): Vikings is perhaps the show we most look forward to when we hear another season has filmed. A great epic with highly distinct characters who battle nature, themselves, each other, and the whims of the Norse gods. The series is based on Nordic legend Ragnar Lothbrok (there is debate about whether he was a real historic figure or a myth) and his offspring (who do seem to have been real). Australian actor Travis Himmel embodies Lothbrok, in an odd, but highly effective portrayal. The series is worth watching just for Himmel’s unusual performance. Katheryn Winnick’s performance as Ragnar’s first wife Lagertha, while more straightforward, is no less compelling. When their sons grow to be warriors, they take over both their father’s legacy and the show and keep it very watchable.

Borgen (Denmark): The West Wing gave us Jeb Bartlett, the idealized President many people wish we had. Borgen gives us Danish politician/Prime Minister Birgitte Nyborg, every bit Barlett’s equal. Nyborg is a just woman making her way through the inevitable corruption of ideals faced by all elected officials. Sidse Babett Knudsen brings great humanity, ambition, toughness, and heartbreak to the role of a woman trying to balance duty to her country and family. This show lets you settle in and root for someone to succeed while wishing the world was actually filled with such thoughtful leaders.

Fauda (Israel): While understandably controversial in the Middle East for its portrayal of an undercover Israeli police unit combatting Palestinian terrorists, this show felt fairly balanced in presenting the perspectives of both sides. Like the Middle East itself, this show offers no easy answers, and nothing ever feels completely resolved. Fauda is an Arabic word that means “chaos” and the show encapsulates that. Unsettling to watch, but a rare opportunity to get a close look at the toll the ongoing situation takes on its combatants.