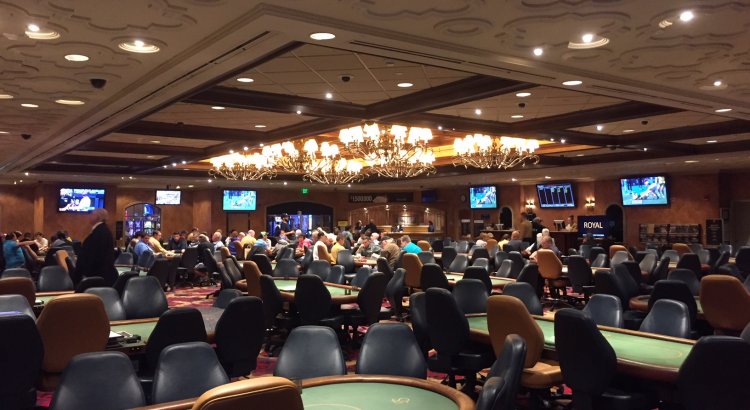 Like most things in life, evaluating the best poker tournaments is largely in the eyes of the beholder.  While we’ll get to markers of objective quality later, “fit” is where we need to start. And determining how a tournament fits your needs starts with your goals for playing. While these may be in line with your general reasons for playing poker, some players enter tournaments for very different reasons than they play cash.

The vast majority of players entering poker rooms are there for entertainment. They are not even considering “poker tournament quality” in their decision where to play. Sure they’d like to win and be profitable, or at least not lose too much. But mostly, they are there because they like to play, to hang out with friends, and/or banter with dealers. For these players, a good tournament is one where they enjoy themselves. If you’re purely entertainment driven, then ask yourself where you tend to enjoy yourself the most. Answer that and we’re done here.

Some players are bottom liners. They track their results, see where they are most profitable over time, and that’s where they play. The atmosphere and other players do not matter to this group. If they feel they have a big advantage, they’ll play in a room with leaking roofs and irascible players (been there, done that).  To determine which tournaments are most profitable, of course, takes careful tracking of results, which any poker tournament player should do.

Oddly, there are players who would sacrifice profitability in order to play better players. They feel better when a player lays down that gut-shot draw to a pot size bet, hating to face the rare time a weaker player gets there. The latter is the far more profitable action for them. But some players hate illogical, low probability play that leaves them muttering when someone four outs them on the river. They like to play among what they feel are their equals.

Beyond overall profit and loss, tournaments offer the opportunity for a big, albeit rare, payout. Large buy-ins and big fields offer the potential for a large score. That potential thrill, and potential profit swinging event, is why many players salivate when their local room has a larger buy-in event that draws hundreds of players.  Just last week, an MLK Day event at the Encore Boston Harbor drew almost 500 people for a $360 buy-in and top prize was over $30,000. For a professional player that would be nothing, but for local grinders that is a potentially huge windfall offering bragging rights for a while. 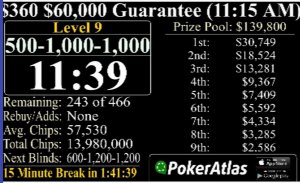 The easiest factor to assess is how much it costs to buy-in. Some players feel the cheaper they can buy-in the better. There are rooms near us in Nashua New Hampshire which offer tournaments where you can buy a smallish stack for $20 (Boston Billiards Club and Casino) or even $5 (The River Casino)! While most players buy-in for larger stacks to increase their viability, there are players who follow the cut-rate route and love the discount challenge. At the other end of the spectrum, some players don’t want to be bothered with low buy-in tournaments that tend to have higher rakes, shorter structures, and smaller top prizes.

For the lover of big pay-outs, higher buy-in costs and large fields are the way to go. If you want a shot at a big score, then high buy-ins and large fields will be the best poker tournaments for you. However, be warned, playing consistently in these type of tournaments may lose you a lot of money quickly. Even excellent players can find the high variance of large field tournaments to be crushing for months on end. More than one famous pro has confessed to being down hundreds of thousands, if not millions, playing in large tournaments in any given year. Conversely,  30-5o player tournament fields will not get you rich, but you’re unlikely to lose the mortgage in any given month.

So many players don’t even know how much the house is taking out of the tournament pool. If you have any hope of being profitable at tournament poker, you need to know the up-charge and opt for lower rake tournaments. In our sojourn through South Florida poker rooms, we found the rakes to be so high (some well into 30%+ range), that it seems near impossible any Florida player can be profitable over time. In New Hampshire, conversely, rakes are regulated in all rooms at 20%. So variations are minor, and impacted only by the existence of bad beat jackpots or such. There are also reasonably priced tournaments in some locations where the rake falls well below 20%. 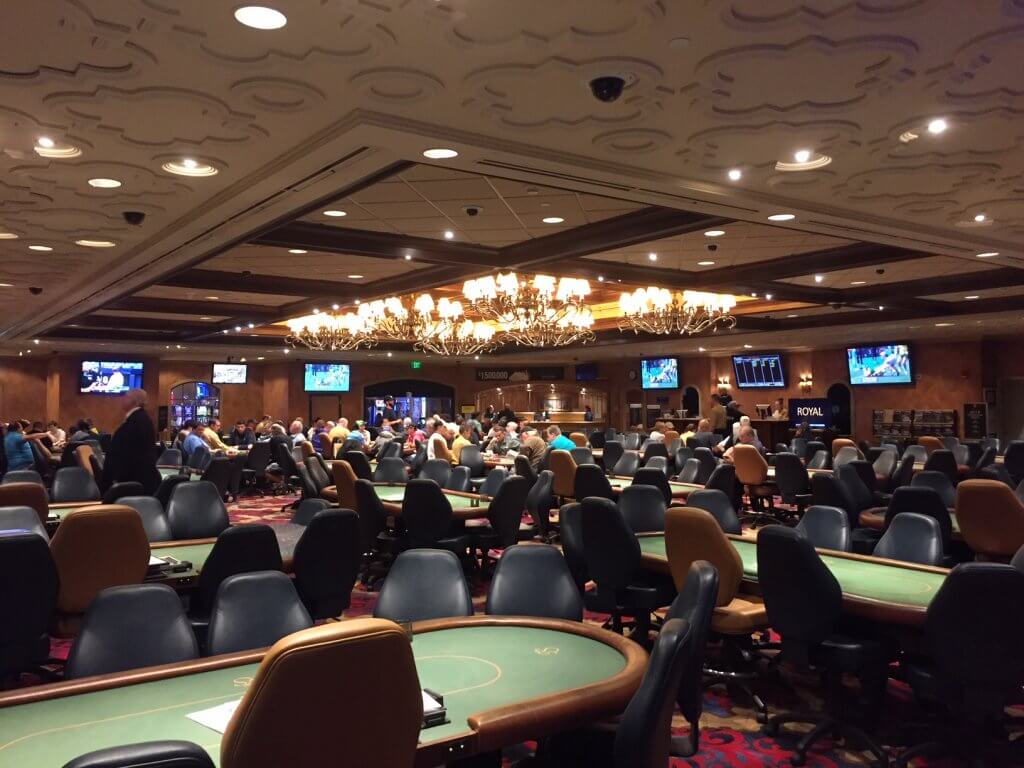 The easiest aspects of the structure to evaluate are blind level lengths and starting stack size. If you are playing in a tournament with a starting stack of 15,ooo chips with 15-minute blinds that starts at 1pm, you’ll be home for dinner. Across town, if you make the final table of the 30,000 chip, 30 minute blind tournament, you’ll have spent 8-9 hours grinding it out to get there. However, the more subtle aspects of the blind level structure also have a profound effect on tournament length and quality.

One of the regrettable admissions we had to make in late 2018 was that our favorite New England tournament was also becoming our least profitable. It had a good buy-in to structure ratio (30-minute blinds, reasonable level increase for only $90) and attracted players with decent skill. There were very few soft touches at the table, and you could play “real” poker for several hours before the shove-fest started. In terms of quality of play, this was by far our favorite regular weekly tournament. However, the competition made it very difficult to cash regularly. Thus, in 2019 we had to play this particular tournament less frequently in order to protect our poker budget.

Other Considerations when Searching for the Best Poker Tournaments

Realistically, some factors are more about practicality than poker tournament quality. The convenience of location and schedule is often what determines which tournaments we’re able to play. If you play poker with a significant other (who would do that?!), you may have to negotiate which tournaments work for your disparate styles. Physical issues such as not being able to play for 12 hours in one day can also come into play, and limit longer format tournaments.

How to Find the Best Poker Tournaments

Visit the web sites of any room you are thinking of playing and see what the buy-in costs are and try to determine the rake. If the rake is not digitally available, ask at the front desk before you register. Also check Poker Atlas , as it offers this information for many tournaments.

In areas that have several rooms, ask other players where the biggest fields are. Throw out the question to a full table and someone will know. However, a little advanced scouting can do a world of good. Check our Bravo Poker Live and Poker Atlas for live clocks the week or two before you intend to play. Make sure you check after registration has closed or near closed (usually 2-3 hours after tournament start). This will give you an idea how big the field will likely be when you go to play.

Poker Atlas tends to be a good source for structures, so go there and see if you can access structures for the tournaments you are considering. However, not all rooms share that information. Most will have structures posted on their website or have a sheet you can look at when you arrive. You can always call or email and ask the floor what the first 5-6 levels are.  You can then use the S-Points calculator to get a good idea of how fast the structure will play.

There are so many factors to weigh in determining poker tournament quality. Matching how you like to play with the correct tournament will greatly enhance your experience.Click To Tweet

First of all, track your performance for every tournament you play. Where are you profitable and where do you struggle? Second, take note (even take notes!) on your experience. Were you able to easily steal pots through well-timed aggression? Were you able to enter pots with a range of hands without much resistance? Or were other players so talented and aggressive that you found it a challenge to enter pots and/or get the river with the best hand? Self-evaluation is difficult – no one wants to admit they are weaker than other players.  But honest, critical evaluation in poker is critical to your tournament success.