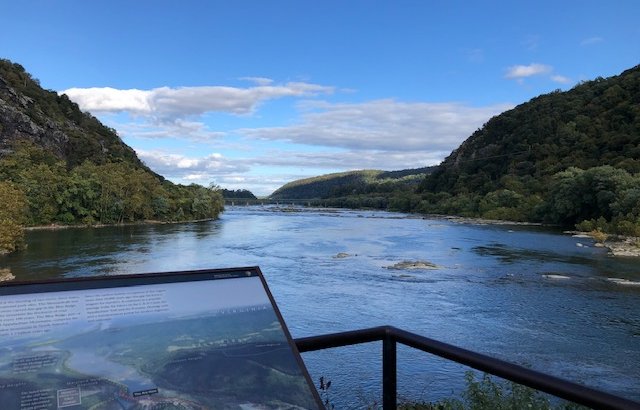 We spent the month of October this year in Columbia, Maryland working, playing tourist, and visiting the various poker rooms in the state. One Saturday we spent a long day on a poker side trip to Western Maryland. We had a very busy day that included hikes, museums, and historical sites. We even fit in some poker at a new casino! It was an admittedly exhausting day, but lots of fun. We definitely recommend the trip for anyone interested in exploring Western Maryland with a little poker on the side.

The first stop on our Western Maryland day was Frederick, Maryland. Frederick is about an hour west of our Maryland home base of Columbia. The city is convenient to both Baltimore and Washington, DC as well. Downtown Frederick is a quaint old town dating from the Revolution. It played a significant role in the Civil War and offers such curiosities as the Civil War Medical Museum. At the other extreme, Frederick is also is packed with cute boutique shops and small cafes. 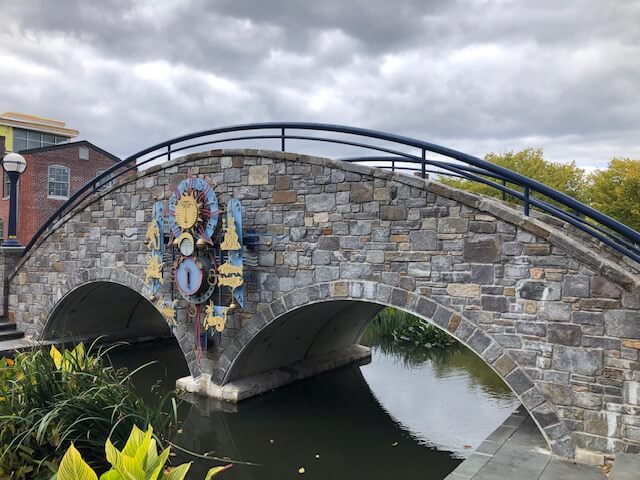 We spent much of our time in Frederick exploring the Carroll Creek Linear Park, a 1.3-mile walkway through the middle of town. Along the linear park, we visited a beautiful new library, the Delaplaine Arts Center, and a number of interesting bridges, including the Community Bridge covered in murals. The Linear Park also sports a number of restaurants, breweries, and fountains.

While wandering around downtown Frederick, we stopped for lunch at the South Market Sandwich Company. We highly recommend this spot for its amazing sandwiches and quirky decor. 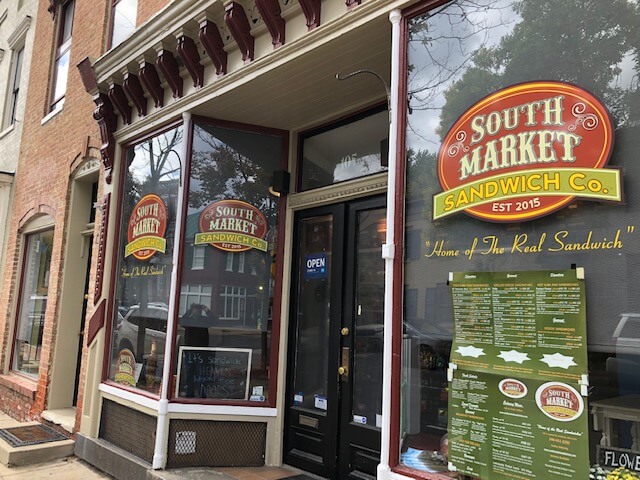 Hagerstown Maryland is a bit further west of Frederick along I-70. The town is both smaller and a bit more run down than Frederick, but also served as a nice town to visit. In Hagerstown we primarily visited the impressive Washington County Museum of Fine Arts and walked along the Hagerstown Cultural Trail. We recommend both if you are interested in modern and traditional art. Additionally, the museum is set in the beautiful City Park which is worth a visit in its own right. 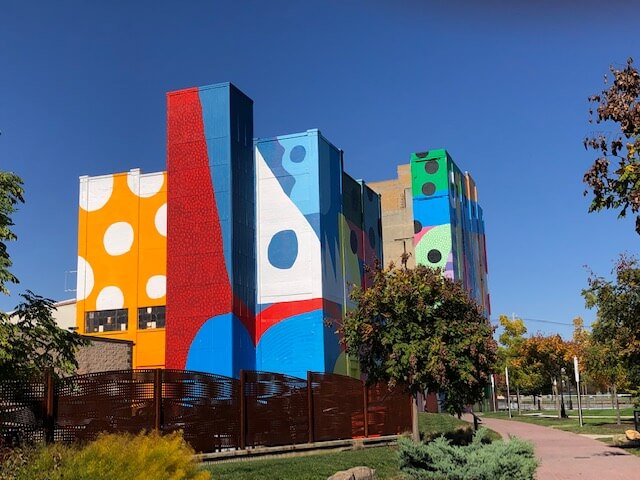 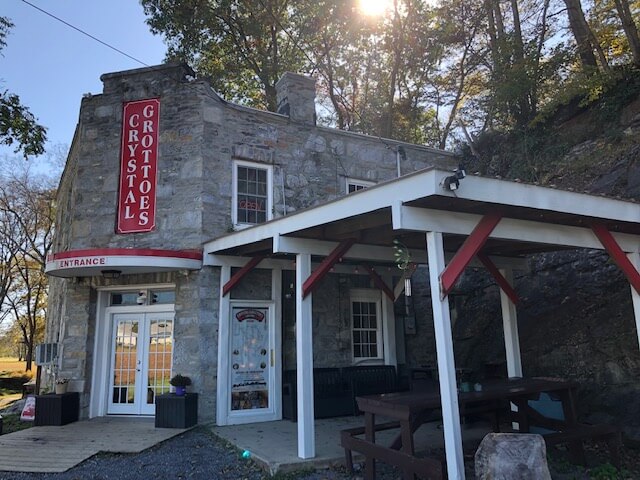 One of our favorite formations was the “bacon”

For a break in our whirlwind day, we then shot past Harpers Ferry (our next tourist destination) by about 15 minutes to reach the Hollywood Casino at Charles Town Races.  While the casino as a whole did not have much to recommend it, the poker room was rather nice. See our full review soon. Unfortunately, the Hollywood Casino Charlestown allows smoking throughout the casino. The poker room itself was non-smoking, but it did not sit in a separate room, and thus was smoky as well. 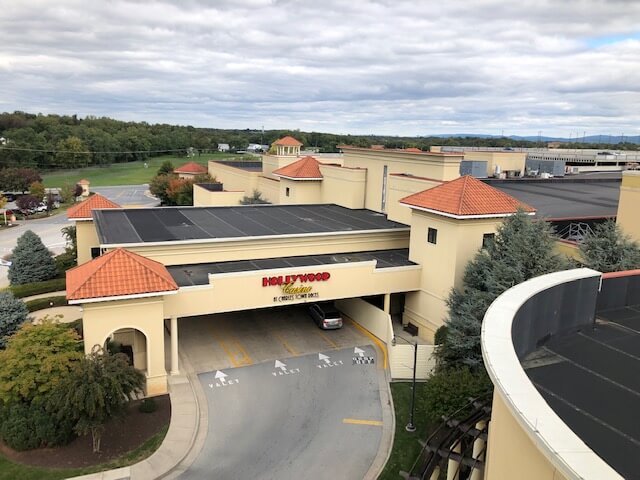 For our final stop of the day, we went to Harpers Ferry, West Virginia. Harpers Ferry is famous for its role in the civil war and particularly for John Brown’s raid of the United States’ arsenal. John Brown believed that his actions would lead to a wide-scale slave revolt and ultimately the abolition of slavery. Of course, there are plenty of historic sites and informational signs around Harpers Ferry. There are even historical re-enactors who in civil war dress prepared to speak to you as if you had wandered in some point in the 1800s. 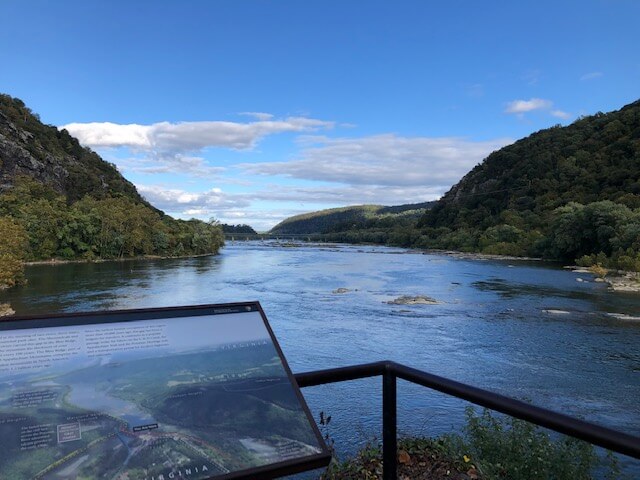 Harpers Ferry is part history lesson, part small tourist town, and part National Park. It was actually this third aspect that we appreciated the most. From the visitor’s center we took a 2.5-mile trail through Murphy-Chambers Farm. It was an easy walk through woods and farmland with an overlook on the Shenandoah river. Once in town, we walked another trail that took us over a trestle bridge (and on a section of the Appalachian Trail). The town of Harpers Ferry is nestled in a promontory and the junction of the Potomac and Shenandoah rivers. Hiking down at the point allows you to look down on these massive rivers while seeing sections of Maryland, Virginia, and West Virginia. As an added bonus, you can even look down on the C&O canal which reaches all the way from Georgetown (in DC) to Ohio.

We were pretty wiped after our long day through Maryland, so we only hit one of the many tourist shops in Harpers Ferry proper. We visited True Treats candy, which prides itself on its collection of “research-based” candies through the ages. You walk through the store and see (and can buy) candies that were popular in ancient history all the way through modern times. It is a pretty interesting journey to see how and when candy developed over time. 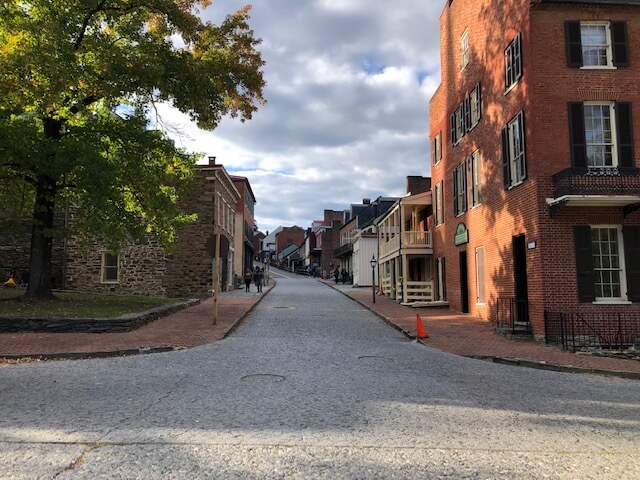 For dinner, we stopped in Harpers Ferry at a pub called The Rabbit Hole. It had an amazing beer menu and decent food, but only so-so service. The crowds were enormous, however, and we chose to eat on their deck rather than wait half an hour for a table inside. The deck afforded gorgeous views of Harpers Ferry, but was extraordinarily cold for an early October day.

We had a very busy day on our poker side trip to Western Maryland that included hikes, museums, and historical sites. We even fit in some poker at a new casino!Click To Tweet

After dinner, we happily drove back to Columbia exhausted but cheered from our Western Maryland poker trip.