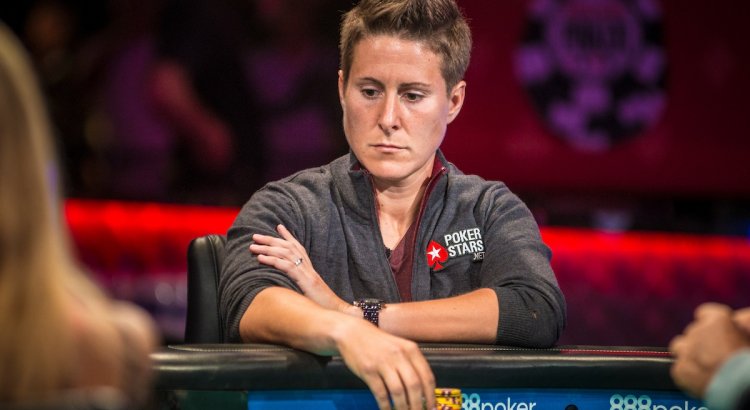 When I first started watching poker on TV in the early 2000s, I believed that many of the leading poker personalities just could not be real people. So many were straight out of central casting. Cowboys, magicians, professors, ex-cons…even Jesus showed up. There were so many engaging individuals with such varying styles. It seemed too good to be true.

Over the past twenty years, as poker’s online presence rocketed the player base, and poker theory and study expanded as well, poker became a more serious endeavor. There were more players winning major events playing silently and methodically. However, some of the great characters persevered and enjoyed increased TV audiences. And new unique personalities emerged. So today I offer my rundown of the fifteen greatest poker personalities of all time.

Note: I’m not saying these are the best players. Evaluating “best” in poker is challenging as cash winnings are not visible, and tournament winnings are reported as gross and not net.  Luck plays a role as well. The focus here is on players who have pushed the entertainment value of poker. For all of our enjoyment.

15. Michael Mizrachi: The “Grinder” provides a working poker player’s vibe with a family man twist. He projects smart and tough at the tables with a purpose for being there – to support his family. Throw in that a couple of his brothers are also poker professionals, and it adds almost a family business feel to the Mizrachi clan.

14. Howard Lederer/Annie Duke: Amidst the online poker scandals following Black Friday, this brother-sister duo’s star is now quite tarnished. However, they remain an intriguing story. Born to educator parents, Lederer was dubbed “The Professor” even though it was Duke who completed her undergraduate degree at Columbia (and later pursued a doctorate at UPenn) while Lederer dropped out of school. Both brought a thoughtful, intellectual style to their play and mien.

13. Mike Sexton: The recently departed and much loved Sexton known as “The Ambassador of Poker” was every bit that. Always well-dressed and well-mannered, adding a touch of dignity to the game. Sexton was outgoing and personable, but somehow humble at the same time.

12. Gus Hansen: “The Great Dane” rose and fell in the poker world like few others. His aggressive style and good looks (he was among People magazine’s 50 sexiest men in 2004) made him an immediate star. He proved his worth by becoming the first player ever to win three WPT tournaments. However, perhaps unsurprisingly, his exciting risky style had a downside, leading to legendary losses in online and live cash games. He reportedly lost almost $21M online in 2015 alone. But Hansen in his heyday was exciting to watch.

11. Fedor Holz: This one’s for the modern age poker nerds. To call Holz’s persona exciting would do a disservice to the word exciting. His personal style is that of a very controlled, icy European master. More akin to a chess player than a poker personality. But his success in the last decade (currently at $32.5M in tournament winnings across 8 years) is phenomenal. Watching him run over field after field in major events has been thrilling.

10. Norm Chad: Chad, as he would be the first to admit, is not the greatest poker player of all time. His lifetime tournament winnings are currently south of $100,000, which is better than his marriage record. But, he is the poker humorist and color man.  His World Series of Poker broadcasts are required viewing for the poker fan. He’s the clown prince of poker, playing the role Bob Uecker did for baseball, reminding us that this is all supposed to be fun.

9. Vanessa Selbst: Selbst plays smart, thoughtful, and tough. She started out as an undergraduate at MIT, finishing at Yale. She then completed a law degree at Yale, while playing first class poker as a professional. Some players make you wonder if they are thinking about their dinner order when they go into the tank. You know that Selbst is reviewing every possible move. Her near fold in the 2017 WSOP Main Event when she had top boat to Gaelle Baumann’s quads was amazing. 99.9999999% of players snap call that hand.

8. Phil Ivey: Although Ivey is not without controversy, some consider him the world’s greatest poker player. Not friendly or gregarious by any means, Ivey’s silence and detachment at the table can look like contempt. One of the most intimidating players to engage. Good luck getting a read on him!

7. Phil Laak (with Jennifer Tilly as a bonus): Poker is a game. It should be fun right? Laak certainly seems to think so. Phil Laak is beyond gregarious, dressing up as different people, wearing ski goggles, and generally adding levity to any table he joins. Known as “The Unabomber” for his hooded sweatshirt and sunglasses attire, Laak is chatty, self-deprecating, and full of great stories.  Before he even started dating actress and fellow poker player Jennifer Tilly he was a legend. Add her loopy extroverted ways to Laak’s ethereal madness, and they become poker’s great comedic duo.

6. Stu Ungar: Not all stories end well. Ungar’s ended at age 45 in a cheap motel in Las Vegas. The result of a heart condition caused by years of drug abuse. Ungar was as compelling to watch as any player who ever lived. His father was a bookmaker and loan shark in Manhattan, and Stuey fell into gambling early in life. He was dubbed a genius in multiple games, including gin rummy, blackjack, and poker. He won back-to-back WSOP Main Events in 1980 and 1981. Beyond the success, Ungar’s contentious, arrogant style mixed with a clear heart-breaking vulnerability made him unforgettable.

5. Antonio Esfandiari: It’s hard not to like “The Magician”, (he really was a professional magician before turning to poker). While a serious player (his $28M in career tournament earnings including $18M in a single tournament – poker’s biggest single cash), he is also a best friend of Phil Laak. That’s pretty much all you have to know about where he falls on the extrovert/introvert continuum.  Esfandiari is gregarious, gracious, and welcoming at the tables, and takes it just seriously enough. With his father frequently on his rail, he gets the “aw, shucks, he’s a good son” award too.

4. Phil Hellmuth: Poker personalities do not necessarily mean good, noble personalities. Like old-school wrestling, villains give us someone to root against. Whatever Hellmuth is like away from the tables, his tempestuous, petulant on-air behavior has made him the most prominent poker player we love to hate. He’s also been a wildly successful tournament player. He’ll be the first to tell you just how good he is.

If you really want to see the greatest poker personalities, walk into your local poker roomClick To Tweet

3. Scotty Nguyen: The Vietnam-born Nguyen’s use of the word “baby” is an art form. The “Prince of Poker” is one of the most emotional players the game has seen. He appears to play more by feel than by complicated math and strategy. But the last hand of the 1998 WSOP Main Event, when he told his opponent, “You call, it’s gonna be all over baby!” while taking a swing of beer, is one of poker’s great moments. Nguyen’s emotions can run the gamut. He’s not always pleasant, but he’s always watchable.

3. Daniel Negreanu: “Kid Poker” is perhaps the most talkative player on this list – on and off the tables. Very opinionated, a bit full of himself, but open and likable. Negreanu’s belief in the value of his own opinions has him wading into controversial areas inside and outside of poker all the time. His social media battles are legendary and spin-off in all directions, including a current head-to-head ongoing high stakes match against the equally confident Doug Polk.

1. Doyle Brunson: “Texas Dolly” maybe be the greatest poker legend still living (Brunson is currently 87). He embodies the classic Texas roadhouse gambler, both in history and demeanor. Brunson’s presence looms at any table, and over the game in general. A former star basketball player (whose NBA hopes were dashed by a knee injury), he is competitive yet gracious in an old-school way. Doyle is not necessarily the biggest talker, but all eyes are on him at any table.

Chris Moneymaker – the accountant from Cleveland who started the boom with his 2004 WSOP win.

Chris “Jesus” Ferguson – holds a Ph.D. in computer science and can slice a banana in half with a pitched card.

Eric Seidel – while not bursting with charisma, Seidel brings a likable grace to the game (and is currently 4th on the all-time tournament winnings list). Recntly he taught Maria Konnikova to play and reatured in her best selling book The Biggest Bluff.

Jennifer Harman – a great player who overcame serious medical conditions to continue her career. Among the most beloved players among other pros.

Maria Ho – a top female player who seamlessly moves between play and broadcasting. She balances the glamor, likability, and serious aspects of a top poker personality very well.

If you really want to see the greatest poker personalities, walk into your local poker room. We are continually amazed by the characters we get to sit next to, play with, and be entertained by. Somehow, poker allows people either to free their natural selves, or create a poker persona. The famous individuals listed above, and those we have played against in rooms across the country, help make poker fun and engaging.